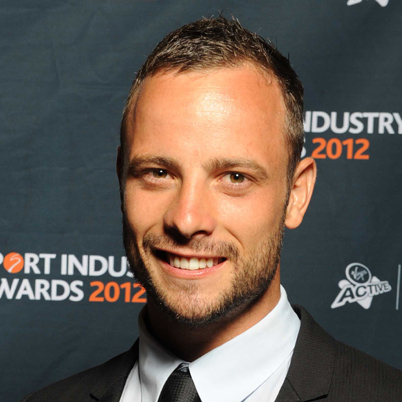 The trial we are all talking about, and how close to home it is.

I knew Reeva. I haven’t really spoken about this before, but she came to two of my birthday parties and showed my mother how to use a new dishwasher once. She was a friend of one of my ex-girlfriends and she and my brother were briefly interested in each other (I think, but don’t want to speculate). That girl was happy, beautiful, balanced, self-assured and very congenial. I’m not one for speaking too well of the dead (You may remember less kind comments about Manto Tshabalala-Msimang and Eugene Terre’Blanche) – so take it from me – all those nice things people are saying in those terrible, soft-focus documentaries about her were true.

I also knew Oscar. Well, I interviewed him once or twice and ran into him occasionally in public, at parties and events. I didn’t like or dislike him. We never swapped numbers or invited each other to anything, so I’d be lying if I said we were anything but shallow acquaintances. I admired that he had a sense of humour about the things I’d say during interviews about him getting legless on boats and standing up for himself. They were cheap shots and he knew I was making them for purely entertainment value… I hope. I try not to be mean, but I try even harder to be funny.

This trial is an ugly business. Like any other moron, at times I’m prone to jumping to the finish line and proclaiming him guilty or not guilty without going through the process the court has to, but I’m trying to keep level-headed and objective about what happened that fateful night. I’m not a lawyer so I don’t have to be meticulous about my arguments, and I’m not a fool, so I don’t have to boisterously and ignorantly claim that I know he’s either guilty or ‘innocent’. I’m sure you find yourself vacillating between arguments too. If you’re even an amateur behavioural observer you will have picked up a few things about Oscar, some of which are common in athletes, some of which you’ll recognise in celebrities and some of which are typical of a man or woman with a physical disability:

Athletes have to be dogged and determined. They need to win. They don’t like to lose and they have brittle egos. Athletes are used to being judged on performance and if they deliver results, aren’t used to having to comply with any other conditions. Check all of these for Oscar. Celebrities get away with a lot. They think they’re better than the common folk and usually can get past ordinary obstacles with either fame, money or connections. They have other celebrity friends and live in a rarified environment which exposes them to less and less of the day to day problems that confound people with normal jobs. They’re also often rich, and feel the rules don’t apply to them. I know these things because in my less guarded moments, I have been guilty of just that kind of bad behaviour. Some celebrities have relationships with models, actors and other well-known people because they’re cynically hoping to stay in the tabloids. The higher the celebrity climbs, the less people will tell him or her the truth , or risk offending or upsetting them, and that can include their families. Oscar’s desire to be considered ‘normal’ and compete against anyone in the Olympics must have been fuelled by some narcissism and egomania, as much as what might be regarded as healthy self-confidence. I’m in no position to comment on the psychological trauma of being born without legs, or having an amputation early in life, or losing a parent at 15. They must be devastating for a child to cope with, and I’m sure there is emotional detritus that stays with even the strongest people for most of their lives. I won’t guess at any more than that. I’m pretty sure Oscar’s drive to win came from a dark, sad place as much as it might have from a desire to overcome his adversities.

The manifestation of some of his less salubrious behaviour is coming to light too – firing off guns and being in perpetual fear of attack; smashing doors and chasing girls out of his house; mouthing off about a competitor’s blades in unsporting terms; threatening people like Mark Batchelor and Quinton van der Burgh with violence; the fact that ex-girlfriends were positively terrified of him; the lowly and frankly dodgy company he would keep; the outward displays of devil-may-care irresponsible public behaviour and ultimately shooting to kill a person – these must be seen in context. The context is a psychology doctorate waiting to be written.

I don’t claim to know any more than this, and I’m not saying Oscar is a murderer, but he’s an emotionally precarious chap. Ordinarily this would be more than enough to make me avoid someone like the plague. I only wish poor Reeva could have done the same.