While We Were Sleeping  #SparrowGate2 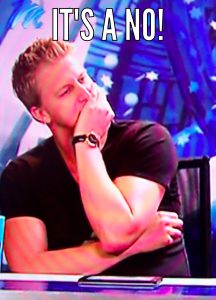 How has your 2016 been so far?  Sadly, in South Africa, instead of celebratory fireworks to launch the year, we have witnessed social media explosions on a monumental scale – many of which could have led to constructive engagement, but spiralled into witch hunts and lost opportunities.

This weekend #SparrowGate very quickly escalated into #IdolsGate after M-Net made an announcement in the early hours of Saturday morning that I would no longer be part of the judging panel. This came after demands on Twitter to have me removed as well as Mzansi subscribers apparently threatening to boycott. Understandably, this is scary for a commercial entity.

Like everyone else, it would seem that the M-Net executive (or whoever the powers may be) yielded in the middle of this frenzy.  In my experience, it usually takes around seven days for these fires to burn out so the announcement managed to catch the tail end of this one.  The M-Net PR machine may have been up at midnight crafting their announcement, but while I woke up to calls on Saturday morning from various newspapers for comment, I wasn’t going to let this eat into my weekend. I will reserve my right to respond at the appropriate time.

This is not about Idols or me.   Idols is a reality TV talent show with good and bad singers to get ratings.   I’ve been a judge for eleven seasons and I’ve loved the journey… But Idols has never been my job.   It’s an extramural activity and anyone who listens to my show would know that I have felt my time was up a good couple of years ago.  I may have played a role in finding talent, but not in developing it as far as this show goes – I just have to arrive, listen and comment.  Then I go home.  When it’s over, it’s over!  It’s entertainment.

Be that as it may, it took me back to October 2010 when I wrote a letter to the Government, which went viral. Why did I continue voting for the ANC, you may ask?  This is why…

While social media hadn’t reached the maturity it has today, the newspapers had a field day and the letter was spread far and wide on the internet, creating a frenzy of its own. The SABC executive wanted to fire me but this was scuppered when I received a call from Zizi Kodwa, then spokesperson for the President’s office, to have a meeting. A very constructive meeting took place over a lunch that subsequently was immortalised in the form of a Zapiro cartoon. We discussed a wide range of challenges facing South Africa as well as my now infamous and probably most insensitive tweet when the Minister of Health passed the year before.

I wrote a follow-up letter and indulge me while I quote from it (both letters are in my book “Gareth Cliff on Everything”):

“I was amused to have a serious journalist ask me if I thought the Office of the President might ban me from writing again.  I thought this betrayed his own opinion of government and the free media more than any answer I could give.  All week I have had journalists stoking fires, manufacturing tensions and making it look like I was engaged in a battle to the death with government.  Questions like ‘have you been threatened by powerful politicians?’, ‘Are you scared that the Presidency will go after you?’ and even ‘Do you stand by what you wrote?’.

Instead, the calm voice of reason has been the Office of the President.  They requested a meeting to discuss matters raised in the letter – simple, honest, reasonable and, I hope, positive.  We live in a country that knows freedom better than most, because we come from a history that knew none.   Let us celebrate the right to have opinions, speak truth to power and disagree in a civil manner.  Despite everything I raised in my letter, I am prouder and more dedicated to South Africa than ever before.”

And this is why I continued to vote for the ANC.  Fast forward to today – January 2016  – what are we doing South Africa? My response on Twitter was not to Penny Sparrow but to a tweet about a survey on Freedom of Speech which spiralled out of control… But we’ve already dealt with that.   Instead of constructive dialogue, it’s a call for the blood of little-known people and one loud-mouthed and sometimes insensitive broadcaster.  In my case, instead of engagement and reviewing the context, the ANCYL (my ANC!!) tweet out with a call to march on DSTV until they remove me and Minister Fikile Mbalula trending on Twitter last night with tweets such as these:

@NakediGreen:  Fikile Mbalula: Nah nah don’t tell me about Gareth Cliff, I can handle that boy, I’m ready for him. #RGB #jawdrop

@Bosslady_Sne: Fikile Mbabula on RGB says he is ready for Gareth Cliff…haibo I can’t wait lol

Really? Maybe you can’t blame M-Net for buckling!  Was DJ Fresh right when he tweeted yesterday “With respect, wasted opportunity by @MNet..@GarethCliff would have been perfect spokesperson for #WayForward / #WhatNext #OhWell”?  Perhaps that’s what Zizi Kodwa thought in 2010.  What is happening to us as a country? What has happened to the once mighty ANC?

Where to next? Now fully unencumbered by any other master and solely an entrepreneur, I will continue to build the platform we launched in May 2014 – CliffCentral.com. This is about building a pre-eminent online content hub engaging in real conversations: about everything that happens in our world that we all experience every day – what makes us think… laugh… cry… inspires us and empowers us.

This is now the platform where people don’t have to be scared to have real, authentic and meaningful conversations that can foster greater understanding and unity in South Africa.    And we’re leading the charge along with our amazing contributors who are made up of both well-known personalities and aspiring new talent… and you – our valued and engaged audience.   We can and will continue to do what is necessary to build this great nation. If you haven’t already joined our party, log onto CliffCentral.com, or download the CliffCentral app available on the Apple App Store and Google Play.