Where are all the Good Ideas? 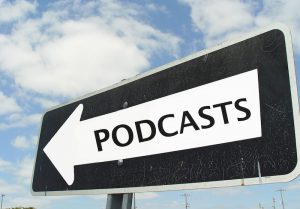 These days it’s hard to find the good stuff. Everything in the mainstream media is such low hanging fruit that it’s all superficial, celebrity-centred sex and outrage clickbait. It’s the kind of thing that’s designed to appeal to everyone and please no one. If you’re anything like me, that stuff doesn’t work for you anymore:

I’m bored with reality TV, I don’t watch soap operas and I don’t like sport, so where do people like me go to learn things, to hear informed opinion and to participate in meaningful conversations – about politics, religion, relationships, history, life and science? The truth is that there’s plenty – and it’s all on the Internet.

You could always read books, attend lectures or travel more, but most of us have so little time as it is that we’re unlikely to be able to dedicate the kind of concentration and effort required to make these things regular enough, and so we don’t get the quota we need to keep our minds sharp. Some people manage to meditate, read before they go to sleep or plan holidays at regular intervals, but most of us just don’t, for whatever reason. The day-to-day routine, the kids, work, gym, cooking and driving around make it really hard for any of us to respond to all our e-mail, let alone find the time to learn new things. Well you can stop feeling guilty about letting your brain atrophy, the answer is podcasts!

You can find podcasts on just about any topic under the sun, and while some are better than others, they can be listened to while you’re doing other things – in other words they can become part of your life, and not another task to squeeze into your crazy schedule. You can listen to something while doing other stuff and still do those things really well. Turns out some of us can do more than one thing at a time.

A great podcast can turn a boring gym session into the most entertaining hour of your day, a short series on science while cooking dinner can give you something amazing to talk about at the dinner table, rather than the “how was your day” conversation some couples dread. Imagine arriving at work, not only informed and educated about the most important current affairs, but having heard some smart opinions that made you reconsider your position on a subject. This is the kind of thing that takes the mundane out of routine tasks. It also feeds the insatiable curiosity of the healthy human brain.

Too many people spend their time worrying about not having enough time, and so efficiency becomes the major motivation. Two things that can be done at once can feel like discovering gold, and if you’re the kind of person who likes getting things done, listening to great content can make you feel a greater sense of achievement at the end of the day. Everyone will think you’ve read thousands of books and they’ll find you fascinating to talk to, but they’ll never know that your secret weapon is the one or two snippets you picked up from a podcast while stuck on the highway.

Our social interactions seldom include actual listening anymore, which is probably hard for our psyches to deal with, since so much of what happens socially is likes on Facebook and Instagram, reading and seeing your friends rather than listening to them, picking up on tone and mood. It leaves some people out of touch with how to interpret the words of others. We used to listen a lot more, and people weren’t as distracted in conversation by the buzz of a mobile device, the ping of a message, or the flash of a screen once upon a time. Justin Rosenstein, the guy who invented the ‘like’ button on Facebook, was interviewed in an article for the Guardian and said he’s not even on social media anymore. There are others like him, people who crave substance and meaning, and are less interested in the micro-doses of social media satisfaction that we’re relentlessly subjected to.