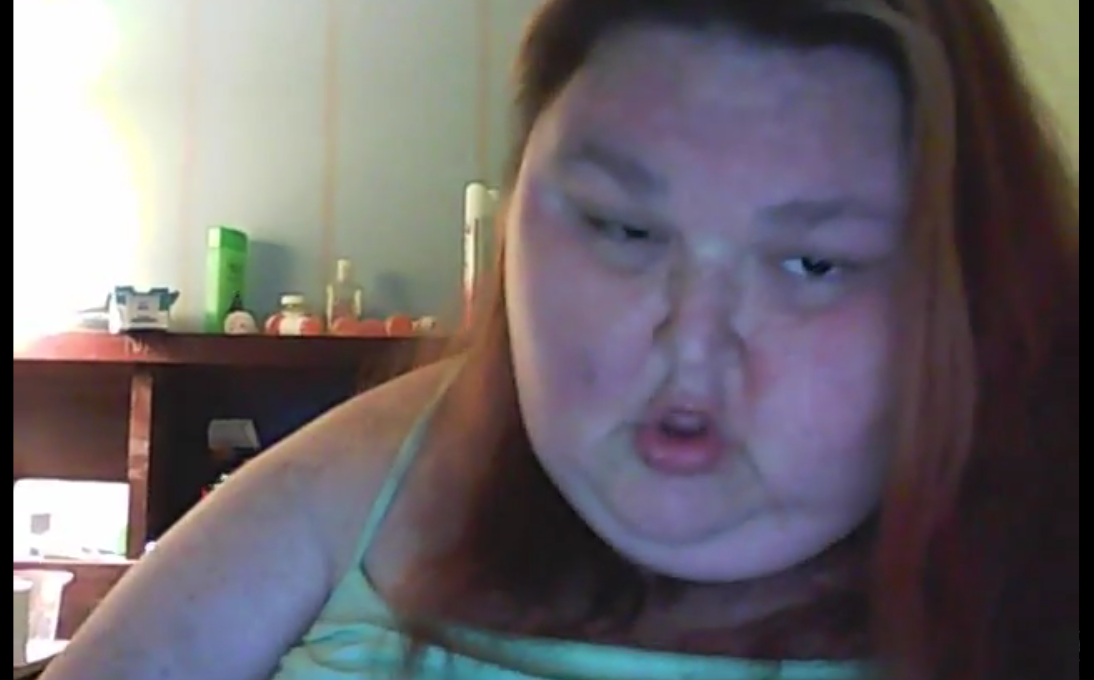 What is wrong with people? Quite a lot, it turns out, especially once you really get to know them. I am laden like a scapegoat with sins, deficiencies and character flaws. Some of them I’m fairly comfortable with, and some I prefer to whittle away at in privacy, but I’m aware of almost all of them.
I got this lovely e-mail from Samantha today, after I made fun of a really fat, really ugly girl who did a really awful cover version of Adele on YouTube.
Here’s Samantha’s e-mail:
There you go again!!  Being derogatory about people’s appearances.
People differ on what’s attractive and what’s not but reasonable
people keep their opinions to themselves.  Just because you have a
public platform, it doesn’t give you the right to promote your hatred
of other people who don’t fit your mould of the “perfect human form”.
In my opinion, you look like the Pilsbury Dough Boy!!

Demeaning others isn’t an attractive quality, especially when you
aren’t the perfect human specimen either.  Keep your opinions on
people appearances to yourself!

Now Samantha may find herself blissfully unaware of the hypocrisy of her admonishing me for criticising someone’s appearance and then going on to do that very thing in respect of me. But her argument is invalid in a number of other respects too.  (It is no mistake that I used the word respect twice in that sentence – being judgmental or critical does not always mean you’re being disrespectful and vice-versa).
Samantha says we should keep our opinions to ourselves. If that were the rule, why bother to have opinions? Must we cogitate on our own opinions  in private and never venture them just because they’re unpleasant? Were that the way to go, should Sam not have kept her opinions, and this e-mail, to herself also? Is her criticism of my criticism any better than my criticism in the first place? You see this line of argument will get us nowhere. On the hypocrisy count, Samantha is now two down.
What point is there to appraising or estimating any value at all, unless we have the courage to stand by our assessment of that thing? Without being critical of an article, a person, an action or a performance, how are we to know it’s worth? Being judgmental, even cynical, is what kept early hominids alive on the savannah and allowed us to get to the point where Jesus could tell us not to judge ‘… lest we be judged ourselves’. And there’s the rub. It all comes from the same religion that gave us the near impossible task of loving our neighbours as we love ourselves, thereby condemning it’s followers to gnawing, constant disappointment and failure on that score. If your motivation for not judging is the fear of being judged yourself, it is unethical: If your own insecurities about being measured up and being found wanting are what keep you from saying what you think, you’re probably admitting in any case that your opinion comes from a weak or shallow vessel. At very least you’re showing anything but magnanimity. Your ‘not being judgmental’ comes from a negative unease about your own strength of argument, rather than from honourable intention. So be judgmental – it’s in your genes. Samantha also seems to require from the critic a level of perfection that would make it impossible for anyone to venture any thought about anything unless they knew that among 7-billion or more people, they were the very best. I don’t have to be perfect or breathtakingly beautiful in order to 0compliment or criticise someone else’s appearance; or possess the voice of Whitney Houston in order to appraise a great singing talent. Simon Cowell can’t sing, and heThanks.  The boys did great on Friday.  Speak in the week.   have to.

Samantha is not alone though… We subconsciously make everything about ourselves. I am inundated daily with e-mails, facebook comments and tweets from people who disagree with me or hate me. There is a term for these kinds of remarks. In Latin they say it is “ad hominem” – about the man. The sports commentators will say they’re playing the man instead of the ball. Ad hominem attacks always lose because disagreeing or disliking someone is not enough to make their argument any better or worse. I’ll give you another example:
Last week, Thabo Modisane and I invited Lebo Mashile, a poet, to come and join us on our radio show and read some “Angry Black Poetry”. the name of the feature is Angry Black Poetry and it is a genre of poetry that became popular in the 60s in America. Lebo was incensed by the fact that we had a feature called Angry Black Poetry and suddenly made it all about her. Her own feelings (whatever they might have been, and let’s be fair, poets are hard to understand in almost all situations) dominated her criticism of me, of my show and of the people who find our show humorous. Lebo unleashed the stale old tirade of racism, misogyny and a superiority complex at me. She dismissed humour as a blanket for my inherent racism (at least here she didn’t grant me the same courtesy I just gave her, by admitting I didn’t know her real feelings), and called blacks who think I’m funny Uncle Toms and House Niggers. The fact that her own use of the latter term is more offensive than any kind of Angry Black Poetry seems to have escaped her. The additional fact that she became an angry black poet also passed her by. The whole thing caricatured her in a worse way than if we’d set her up. By the end of it I felt bad and reminded her that we just wanted her to come and hang out with us and that I bore no ill will toward her. Everyone else either found it very funny or assumed I had attacked her in some way. She made it all about her. Sam also made it all about her. Then they both made it about me. It got them nowhere.
Next time you are about to venture a comment or opinion, decide whether it’s funny, hurtful, and most importantly what it’s really about. If your own estimation of your value is the motivation for these comments, it might be wise to hold back. I’m willing to accept that I’m not an oil painting. I have loads of flaws and I don’t think I’m better than anyone else – well OK, than most… Well OK, than some; but I’m not going to be called a racist or a misogynist by someone who’s being defensive. If you want to argue your point, it must be an argument based on the facts, not on how someone makes you feel. Unless you feel like losing…