We’ll get through this together 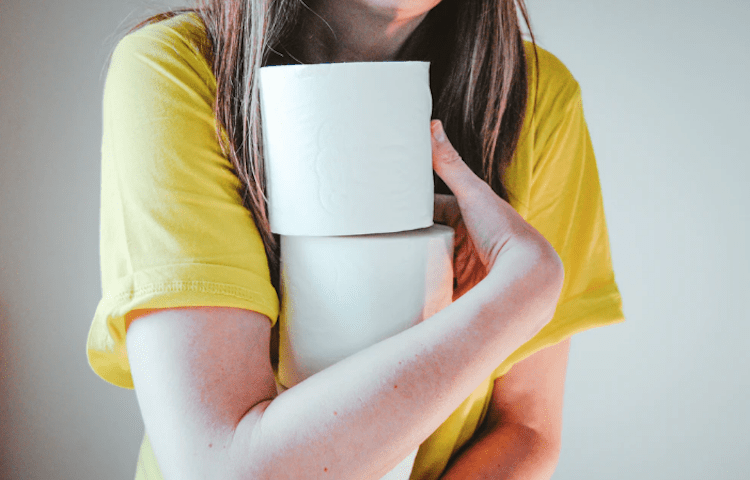 Can you believe what this coronavirus outbreak is doing to us? It has everyone jumping, and in the midst of mass-hysteria toilet paper stockpiling and stock markets crashing, we should take stock of ourselves. Let’s take a sober, rational look at the madness that has taken hold in the last few days, all over the world:

1. Blaming government: People love a scapegoat and populations are laying all the blame at the feet of the government – as if any government in the world would want an outbreak of this kind in their country – it has ruined international trade, supply lines, and tourism. The looney conspiracy theorists may make unsubstantiated claims about who wins from this kind of instability, but the truth is that nobody does. Unsurprisingly, the people who blame the government are usually exactly the same people who expect that government to take control of their children’s education, their transport needs, employment, security and general health. The more generous of them criticise the government for acting too slowly, even though this outbreak is unconventional, and no administration can solve the problem entirely. Not even God-Emperor Trump or Supreme Leader Xi.

2. Each other: Usually sane individuals are pointing accusing fingers at lifelong friends for attending events knowing they could transmit the infection (as if they’d committed murder)… while they themselves attend these same events without much certainty they haven’t already picked up the virus. I heard a horrible story about one of the first cases in South Africa, where a woman went home after an overseas trip to self-quarantine, only to be evicted from her apartment by a fearful, unsympathetic landlord. Some horribly racist and xenophobic things have been said about the Chinese, just because the outbreak occurred in Wuhan. None of that helps, and the very worst in some people bubbles to the surface in a bad situation. True colours, they say.

3. Experts: Have you noticed how everyone is an expert on Covid-19 now? An old lady gave me a five-minute lecture on the importance of hand sanitiser in the grocery store last week, and I know for sure she is neither a trained virologist nor able to tell me what’s in the hand sanitiser. Four months ago, even the world’s most respected epidemiologists had no idea of what was to come. Gladys with her six trolleys should mind her own business, and her millennial cousin Skye should stop taking pictures of empty shelves, inducing everyone in her WhatsApp groups to rush to the stores for fear of having nothing to wipe their backsides with.

4. The News: The mainstream media are cashing in on fear and panic in a ratings bonanza that smacks of the worst kind of crisis opportunism. Overstuffed reporters are dispensing ’the facts’ – despite finding themselves unable to pronounce pneumonia properly, and any quack they can find to ratchet up the terror is welcome to ramble unchecked during a supposed news programme. The truth is the media was in a downward spiral already, and this outbreak is a godsend to their faltering business models. Don’t believe everything they tell you, even if they play dramatic drum music under their reporters’ voices.

5. Slackers are cashing in on time off work and blaming their idleness on a pandemic that hasn’t even affected them. Sure, we should be fastidious and hygienic. Of course if you’re a potentially carrier, you should stay home and seek medical attention. If you’re especially vulnerable because you’re old, have a compromised immune-system, or respiratory illness you should avoid the workplace, or any crowded place – but a lot of people are jumping on the bandwagon looking for a paid holiday from the office. If you’re one of those people beware, because what this pandemic may very well teach us is just how many people we don’t need on the payroll.

6. Politicians are scoring cheap points off their enemies by criticising their reaction or lack of action to the crisis, or using the situation to accumulate some power – either by creating regulations and laws, instituting unnecessary controls and chipping away at the liberty of citizens. Most of us are happy to comply with rules that make society healthier, but we don’t want to be told how to live our lives by ideological, power-hungry bureaucrats.

7. Traders: The jumpy, ever-paranoid stock market is losing its collective mind selling off and devaluing businesses where the fundamentals are exactly the same now as they were the day before the outbreak. Many of the most scurrilous traders take great pleasure in short-selling shares that are in no way linked to the disease, causing a run on the stock exchange that can potentially ruin many ordinary people, their pensions and savings. These people are like the undertakers of the financial sector, and if you know any, shame them.

8. Doomsday preppers: Believe it or not, there are some pretty sick people out there who have either been waiting for, or actively hoping for a situation just like this. They may already be hiding out in bunkers stocked with a thousand tins of baked beans, but most are just amateurs who get a thrill out of the drama, sending voice notes about how bad it is going to get – describing in mouthwatering detail how the apocalypse is just around the corner. If you run out of toilet paper, head on over to their place… they will have plenty!

9. The Dicks: Some people carry on as if nothing has changed at all. At their worst, they’re sociopaths who actively lick countertops and touch everyone they can with their sweaty hands, spreading what they think isn’t so much an infectious disease as a bullshit story, without any self-awareness. At best, they’re just ignorant people who aren’t smart enough to know they can make things a bit better or a lot worse. When a concerted effort is needed to mobilise a community, these people can never be relied on.

Most of us, you can rest assured, would dismiss the madness of these bad actors in a tough global health crisis. Sensible, thoughtful people who have the interests of their loved ones and humanity at heart will usually try to do the right thing. If you’re unsure about panic-buying pasta sauce, selling off all your precious investments, exiling a family member to a forest, or throwing yourself off a bridge because you woke up with a dry cough, stop and take a breath.

If you can’t do that, see a doctor. It’s common sense. That’s what will get us through this, together.