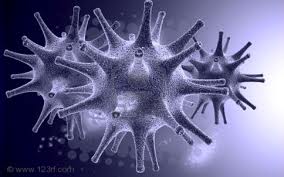 So many people are struck down with flu at this time of year that my own condition is neither remarkable, nor terribly interesting. What is interesting though, is the marvelous ability the human body has to fight for it’s own health, control of it’s organs and it’s resilience in the face of microbial attack.

You get into bed, early. You feel rubbish. Temperature soaring, aches and pains, headache, upset stomach, even your eyeballs hurt when you rub your eyes. During the night you shiver and shake, you sweat like a pig, you struggle to find a comfortable position to sleep in. Inside you, the more interesting battle wages. Whether the attack is viral or bacterial, your immune system turns into the US military. Not the watered-down, politically-interefered with military we see so much of, but the one that creates shock and awe. Troops of antibodies are deployed into the bloodstream, targeting and eliminating anything that so much as looks suspicious and out of place. The ‘civilian cells’ take cover and don’t venture out. It’s almost like the famous Jewish passover where the good guys marked their doors and their children were spared the wrath of the passing shadow of death.

Bacteria are good at multiplying and creating dangerous waste – which is one of the reasons you feel so dreadful when you’re under bacterial attack. The prevalence of a host of antibiotics – some of which have become almost futile thanks to people not completing courses (which allows the bacteria in question to develop immunity to the agents in the antibiotic that might have destroyed them in larger doses) and using the wrong kinds of medicine, have resulted in an array of superbugs that are impervious to antibiotics and our immune systems. Some of these can be deadly.

Viruses are tougher sons-of-bitches, and more devious – they’re the oldest life forms on earth. Viruses are good at two things – invading your cells and making more of themselves. Because of the rate of their replication, there are always a few mutations – and some of these are advantageous to the survival of the virus, when it is vulnerable. They come encased in ‘capsules’ of impenetrable material and their DNA sneaks into the DNA o our own cells and uses them as a laboratory for making more of themselves. It’s really very rude. Because our immune system’s agents can’t go into the cells themselves, usually this is the end for each poor invaded cell. Lately, scientists have discovered proteins that may make it possible for our own bodies’ defense mechanisms to enter cell walls by means of clever proteins. This, by the way, will really piss the viruses off if it works on a grand scale. I hope it happens soon.

What is interesting though, is how much of our own body mass is made up of ‘friendly’ bacteria. Truly enormous populations of these live in our mouths, guts, even in our brain’s cerebrospinal fluid. Some microbiologists assert that some of our own cellular matter, even parts of our DNA might be borrowed from these advantageous parasites. Actually. it isn’t fair to call them parasites, they’re symbiotic with us – we both do things for each other.

For thousands of years humans have believed that they were the masters of the universe. For thousands of years we have been wrong. We have only in the last hundred years or less begun to humble the microbes that really rule the world, and even then only a small number of them. Thanks to the advances of medicine, science and biology we are able to lord it over a few of these invisible tyrants, but the world is still theirs. They just reminded me by making my entire body rock with coughs and splutters, as if I had no power to resist. I didn’t. I know who the boss is.