The Kings of sand and greed

In great sprawling palaces of silk, gold, marble and perfume lie the corpulent, stubby-fingered, spoilt little piggies of the oil kingdoms of the middle east. These “Kings” whose kingdoms have hardly been in existence for more than 90 years’ have suckled on the great teat of oil wealth with a disdain for their own people, a wanton sense of priggish entitlement and a disregard for anything  in world affairs that doesn’t benefit them personally. They give you the distinct impression that they would have been wonderful, productive individuals even if they were not the offspring of some pre-colonial camel-warrior who landed arse-first in a great pool of butter (the butter in this case being black gold). 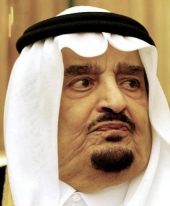 Well they (and their lazy, innumerable parasitic princelings) are not. Also, their time is up. The people of Yemen, Bahrain, Saudi Arabia and many other Arab countries have decided that they will no longer play the part of serfs and slaves, dancing to the tune of their propped-up and self-indulgent leaders. The revolutions taking place in the Arab world are similar to those which overthrew medieval feudalism in Europe. The people want some say in their own destiny and are not willing to wait for their ruler to develop a penchant for theme parks before they get to ride a water slide.

The exorbitant wealth of the sheiks, sultans and kings of the Middle East makes a mockery of the state of the people. Almost without exception, every major building project, law, development or advance in made at the personal whim of a royal so and so. If a really good idea lacks value in terms of a personal advantage for His Highness, the whole plan is dead in the water.

So without their wealth, what have they got? Certainly not their people.