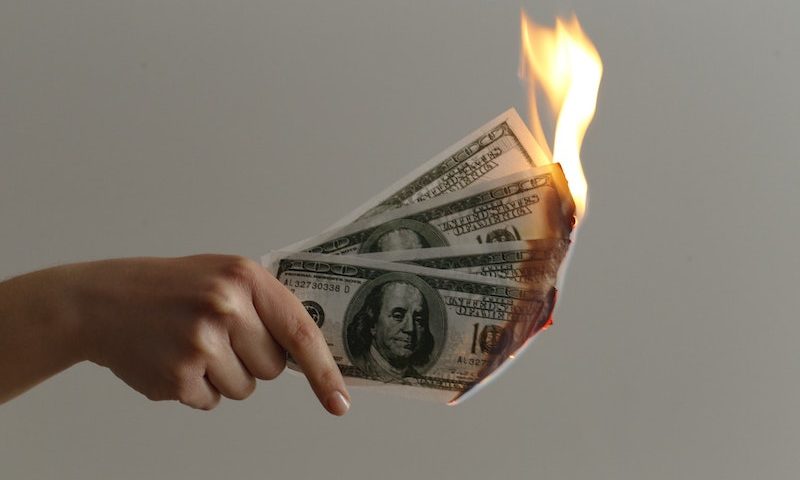 Malusi Gigaba is vulgar. That’s the word my very grand grandmother would have used. Another word that describes the crass materialism, ostentatious displays of money and possessions, and desire for celebrity in our political elite is parvenu. It’s meant to be an insult, and has nothing to do with whether or not you’re a nice person. It has everything to do with that veneer of acceptability, a craving for inclusion and a gnawing emptiness that no amount of money can satisfy. Perhaps we need to look at the disease and not the symptoms so that we can better diagnose and cure this problem in South Africa.

Malusi and his wife have a messy marital home. That’s none of my business, though the proles on Twitter seem to desire very deeply to make it theirs. No relationship is perfect – theirs seems far from it, but I’m in no position to comment on things only the two people involved can ever really understand. What we can, and should, deliberate on is the behaviour of the ANC’s nouveau-riche elite, and what they think success looks like. Why? Because it might explain the insatiable greed for money and the deep-seated reason why so many politically exposed individuals behave the way they do.

Some time ago, a bizarre video surfaced of former Deputy Minister Mduduzi Manana (yes, the same one accused of assaulting three women outside Cubana in Fourways and later inviting Stella Ndabeni Abrahams over to break lockdown rules and have lunch). In this video, Manana seems to be pitching his lifestyle as some sort of pilot for a TV show – something like Lifestyles Of The Tacky-Rich & Infamous. It is a difficult and uncomfortable clip to watch. He is evidently sure it shows him off in the best possible light. I’m less certain.

At the climax of the video, his poor uniformed maidservant lays out his clothes, which she has ‘prepared’ for him and addresses him as “Sir”. The camera hovers over a garish collection of Liberace/Elton John style shoes and a very expensive watch collection in a cheap box. There is also a range of the gaudiest branded t-shirts known to man, which Mduduzi regards very highly. While standing in a Versace-branded dressing gown, he points at the shirt he wants to wear like Julius Caesar and we must assume that his servant is then required to dress him, but thankfully we cut to another scene, just in time.

Malusi’s wife Norma was arrested for taking some sharp object to a Mercedes G-Wagon, which belonged to Malusi’s friend. It may strike some of us as odd that a former Minister of Finance might have to borrow a car like that in order to keep up appearances, but we’ll get to that in a minute. There’s a lot of this going on in South Africa’s new kleptocracy. People performing in order to impress people they very often don’t even know. Bottle-service at clubs and bright, ugly suits used to be enough, but in order to show off their new position in the world, these materialists are forced to do ever more dreadful things to get and keep our attention. They seem to need to distance themselves not only from their roots, but also from the poor (who in many cases elected them and whom they despise). Many of these cadres know deep down inside that the money is temporary, that they never earned it, that they never got their jobs on merit, and that they must accumulate goods, cash, and the trappings of success in outrageous quantities or everyone will see through their paper-thin lives.

This is why so many are driven to steal public money, to involve themselves in PPE scandals during a pandemic and rob the coffers of a bankrupt municipality – because they actually have no idea how value is created. They’re terrified it’ll all run out and they’ll end up back at the bottom, and the second time, there won’t be a political card left to play. You’d be the same if nobody ever sat you down and explained what money represents… that it’s a placeholder for value. I actually have tremendous sympathy for people in this position – they don’t really know what they’re good at. Easy come, easy go, you know?

It seems to never have occurred to Mduduzi Manana that Bill Gates and Warren Buffett wouldn’t be caught dead in a Gucci shirt. Buffet drives the same horrible old car he bought in the 1960s. The Duke of Marlborough (whose ancestor defeated Louis XIV and who lives in one of the most magnificent houses in the world) wears old moth-eaten tweed jackets and never talks about money. I’ve met some billionaires, and they’re seldom looking for attention. The more value you have, the less you make a big deal of it – because you don’t have to. Also, money doesn’t equal class, and no person of any substance would allow themselves to be filmed while their housekeeper chooses their outfit for the day. When Gianni Agnelli gave you a glimpse of his magnificent, if understated, watch – it was inadvertent.

If we can imbue many of these aspirant politicians with a sense of real confidence, with a set of skills that the market wants, and with the emotional and psychological support they need to attain the kind of personal agency that would see their natural abilities flower, we wouldn’t have to watch helplessly as they stole millions to fill the gaping void in their lives. As a society, we’d be able to see the best of them, instead of reading about their descent into criminality on a grand scale. These men and women would, instead of being another news story that embarrasses the country, become a source of inspiration and pride to the communities from which they come. If this sounds like nonsense, it’s because you’re trying to remedy the symptom instead of curing the disease.

COVID is only one of the diseases we’re up against in this complex country of ours.