Social Justice – what else should we do? 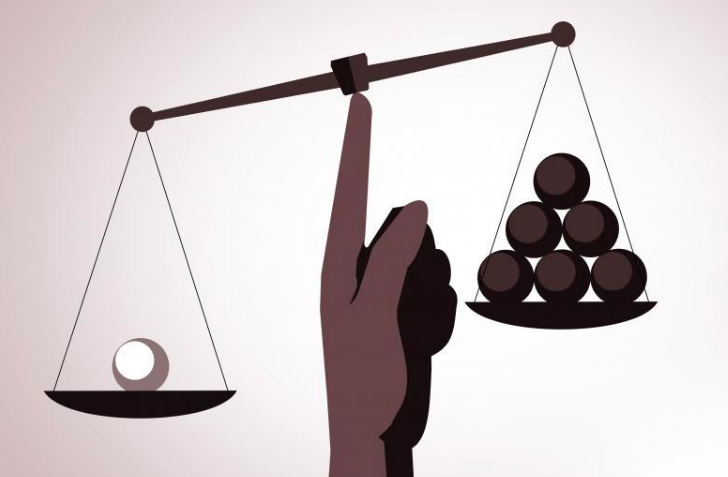 Social justice, for most people, is about equality, freedom, opportunity and fairness. That’s what they tell you, anyway. Most of us wouldn’t object to those things, except that equality usually means equal misery; freedom means mine not yours; opportunity means mine at your expense and fairness is so subjective that it’s personal. Other than that, they’re great ideals.

What if social justice were a bit more practical? Let me suggest a few things, many of which will get precisely the people who believe in social justice very angry:

1. Why don’t we tax adults proportionally per the number of children they have? If you have two kids (one to replace you and one to replace your partner) you get taxed like any other single or childless individual. If you have more than two kids, you get taxed an additional 10-20% per child from that point on. Since there’s no guarantee that your kids will grow up to add value to society (and in case they become a burden), we will have a financial cushion to absorb the additional costs that might be incurred in healthcare, education and crime. That seems fair to me, that seems like the very definition of social justice. Perhaps we could even discuss a tax rebate for people who don’t have children of their own, and certainly one for people who adopt children? The latter group are helping all of us along by providing for children that have been abandoned and giving them a loving, caring environment to grow up in. Surely they should get a tax break?

2. Why don’t parents get punished for the crimes of their children? If you raise a bad human, you should pay for your contribution to society’s problems. If your kid grows up to be a serial killer, rapist or child abuser, you should do jail time alongside them, and perhaps be liable for damages in your capacity as the origin of the problem? The argument here is that people would take a lot more trouble in rearing responsible, accountable children if they knew their kids could end them up in jail. Seems perfectly reasonable to me.

3. For every person you employ, you should get an extra vote in local, municipal and national elections. Sure we’re all equal, but if you depend on me for your income and you support your family based on the enterprise I employ you in, I’m actually responsible for your economic well-being and therefore I should have more of a say in how the policies that determine that economy are formulated? Leftists will lose their minds over even a hint of this kind of perceived inequality, but it will encourage entrepreneurs and business to take responsibility for relations with government and encourage government to support business with collaborative long-term fiscal planning.

4. Education should be free, but if you fail you’ll have to pay. We can’t keep helping people who haven’t got the talent, intelligence or merit to succeed. Society should give everyone an equal shot at success, but we should know when the gamble isn’t paying off and stop throwing good money after bad. The only person who can control the outcome is the pupil. Nobody else can write your test or engage your mind for you.

5. Teachers, policemen and nurses should be paid more – a lot more, but they should be evaluated every month by extremely stringent criteria. These are the people we depend on the most – to educate the young, keep us safe and look after us when we’re sick. It should be hard to qualify, the standards should be tough and the pay should be enough to immediately raise that person a few degrees in society. With those things will come the respect, integrity and decency we require of and from these important occupations.

6. Online activists who have a lot to say on social media should have a portion of their income docked and sent to the NGOs they’re advocating for, every time they virtue signal for some cause. Social justice has never been so practical!

7. Any public official caught lying or stealing should be marched through town naked, like Cirsei Lannister from Game Of Thrones, and pelted with fruit, insults and spittle. Someone with a bell should walk behind them shouting “Shame!” This would very quickly see some social justice in the echelons of the political elite.

Finally, every sexual encounter will need to be reported in the Government Gazette. I know that sounds ridiculous and will be difficult to administer, but in a utopian and honest world it would be of enormous benefit: First of all, this would mean that people take responsibility for their sexual behaviour. Men won’t be able to cheat on their wives and hide the act, all sex that isn’t in the gazette will be considered rape. There will be no need for dishonesty or confusion or complications around sex as every incident would be published and the public would know who was busy with who and where and when. It would take a lot of skullduggery, abuse and misogyny out of the dark and into the light. I know it’s ridiculous, but this would solve a lot of our social problems, even if you could just imagine it.

When you next hear about social justice, remember that the person suggesting the justice isn’t thinking of you, or even society at large – they’re usually thinking of themselves. Social justice in the wrong hands is as dangerous as autocracy.