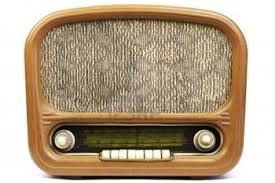 In the 1980s and even the early 1990s, the music record business was a goldmine. Turnover was sky-high and despite excess at all levels, many (even small) labels made an absolute fortune. Every artist who was a major global success relied on the sale of records for the majority of their income and the publishing, marketing and merchandising opportunities that came with it made many people very, very wealthy. There are tales told of how a certain record company in New York ordered $4000 of fresh flowers delivered to their offices every week and that a fleet of black limousines were kept outside the doors just in case an executive, star or producer needed to go anywhere. It was sex, drugs and rock ‘n roll. They thought the goose would never stop laying golden eggs.

Then came Napster. Peer-to-peer music file sharing on the internet pulled the rug out from under the record companies and almost overnight the intellectual property, technology, ownership of product and publishing of music became forever different. The whole business model started falling apart. Of course the industry reacted like they all do when they feel a deathly threat approach – they called in the lawyers. The lawyers shut down Napster, and like a hydra, out of every severed neck, three new heads sprung forth. With ever-diminishing profits and mounting legal fees, the recording business slowly (much too slowly) started realising their days were numbered. Piracy became the word they used for what people called sharing. They were cut out of the deal and fans went straight to each other or the source for what they wanted. Today, most people in the music business make the lion’s share of their income from performances and merchandising – and many either have their own small record companies, or work independently. Some even release content online for free.

The dinosaurs that presided over the collapse of the music business either retired with whatever fortune they had amassed before the collapse, or fought on and lost out. Men you couldn’t get an appointment with if you were Michael Jackson are now not much relied upon much for advice about anything anymore.

Radio is over 100 years old. Guglielmo Marconi is supposed to have patented radio in 1909, and got the Nobel Prize for it. The media at the time, and thus popular opinion, held this to be true. Actually he had stolen the idea from Nicola Tesla. In 1943 the US Supreme Court confirmed – after 34 years – that Tesla, and not Marconi was responsible for “conceiving of, and patent the principles of radio.” Marconi’s claim was struck down. Theft is not a great way for any medium to be born, I think you’ll agree. Since then, its chequered history has run the gamut of being both chief propaganda vehicle for fascist regimes and as a tool for freedom and information in the developing world. Radio engages, connects and entertains millions all over the world. Well, the content does.

Increasingly, technology invented in 1909 seems out of step with things that were invented only ten years ago and exponentially improve almost bi-annually. Mobile technology, the internet, integrated systems all get better faster and the the cost of producing quality content gets cheaper every day. A big media company used to be the only place that could afford to make great content and pay for the license they needed to broadcast. Now radio stations have lots of staff, expensive programming, onerous licence conditions, interfering regulation, gerontology of the talent, atrophying of the production processes and a host of parasitic satellite businesses that fight over commission: The above-the-line, below-the-line, digital, social-media, PR, strategic and marketing agencies they need to employ to get their hands on the advertising budgets of large companies. It’s perverse. The link between the audience and the product or service is so complicated that viral videos of cats spread with greater ease and less expense. Do you know that Clear Channel, the biggest broadcasting business in the US with over 850 radio stations has not made a profit since 2008?

According to publicly released figures, gross advertising revenue for South Africa’s broadcasting industry is estimated to have increased in value from just over R2-billion to close to R8.5-billion between 1994 and 2006. It is hard to know just how much is being made now – but between the major media owners, it’s a lot. Much of it is the result of years of brand-building, research, hard work in programming and selling opportunities to advertisers. All that money is made by connecting audiences with products or services. Audiences tune in to hear or see or read things they are interested in, and clients get to sponsor, advertise or outright interrupt that connection in order to get the consumer’s attention. Now that the internet is here, a renaissance is so overdue that the baby may well walk out of the womb, fully developed and speaking.

Where we’re going, I do not know, but I am absolutely sure that the old ways are not going to work forever. Like the music, movie and publishing business, broadcasting has to change. We know that quality content and talent – inspiring, intelligent, entertaining and empowering – will always attract an audience; and we know that audiences change their minds overnight. When the migration to new platforms and the gear-shift to new habits takes place, it will do so without warning and those who didn’t act fast enough or played it safe will be left with gigantic corporate carcasses and egg on their faces. Just because things have worked one way for a hundred years doesn’t mean they always will. If you don’t believe me ask London cabbies what they thought of Uber in 2009; or Kodak what they thought of digital cameras in the 90s. I’m backing Tesla, not Marconi.