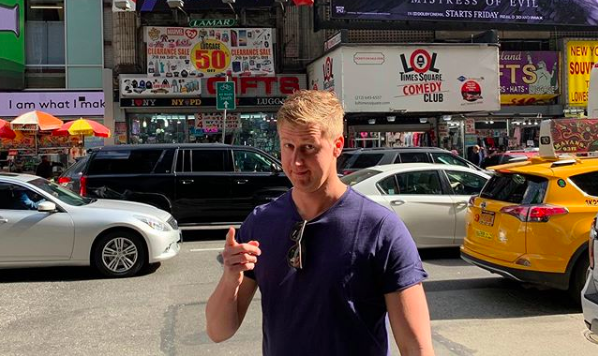 Siya Sangweni (CliffCentral Brand Manager), Rina Broomberg (CliffCentral co-founder) and I were in New York last week for a series of meetings, a conference and some interesting experiences in the world of podcasting.

It’s always reassuring to hear other people’s stories of pioneering their businesses and ideas in new media and to compare them to your own. You quickly realise that the distance between Johannesburg and New York is shorter than it has ever been – and that we’re having similar experiences, challenges and discovering clever solutions to the flux that all media businesses find themselves in.

One in three Americans now listens to podcasts and a great many more dip in and out, but the trend is up. Conal Byrne (formerly of podcast content business StuffMedia, recently acquired by iHeartMedia, where he is now President) said they’re producing 250 plus shows, distributing them on 854 broadcast platforms, and getting 125-million downloads a year. As an aside, they’ve just launched The Ron Burgundy Podcast with Will Ferrell and a new podcast with Shonda Rhimes, which are taking off nicely.

Cadence13, a New York-based podcast production business that hosts, among others, the successful Malcolm Gladwell Revisionist History series, has just been acquired by Entercom, and we met with their CEO, Spencer Brown. Not unlike CliffCentral.com, their start-up stage of experimentation has taken them to a much clearer understanding of where podcasting is headed.

The biggest genres are true crime, fiction, travel, food and current affairs… and audio is about to become much more SEO-enabled, which, along with the possible application of user-generated audio sharing on Facebook, may very well exponentially increase podcast audiences.

There is interesting research being conducted on the way people listen to podcasts, as opposed to the way our brains react when listening to music, and it’s a completely different system. Turns out people are learning, absorbing and engaging with podcasts in immersive and deep ways we didn’t understand until very recently.

Since Gimlet and Anchor were acquired by Spotify earlier this year, the race began to consolidate podcast creators in preparation for a business that could amount to many billions of dollars in revenue going forward.

This is only the beginning, and we’re ahead of the game. Africa represents the biggest unsaturated market of young media consumers in the world, and that puts a big target on our backs for those looking to own a share of ear on this continent.