Imagine sharing a stage with an Academy Award-winning actor? Or being part of a performance by Grammy Award-winning artists? How about thanking a US President after a powerful speech? How about all three of these at the same event? Too much, right? Wrong. Last week, I got to do just that, and the only way that could have happened was if it was about our beloved Nelson Mandela.

New York is indisputably the centre of the human universe. On Thursday 13 February, along with the Nelson Mandela Foundation, CultureHorde and my company, One On One, we hosted a tribute concert to Madiba in the grand Cathedral of St. Paul the Apostle.   New York Magazine and the Wall Street Journal hailed this as the ‘event of the week’. Hollywood A-list actor Morgan Freeman and I told the story of Mandela’s life, interspersed with the magnificent Soweto Gospel Choir performing some of the most poignant songs to the delight of the audience.  President Bill Clinton concluded the evening with a sincere, adulatory keynote address about his friend Madiba.

Former mayors, some of the the wealthiest men and women in America as well as ordinary people came to honour the former President of South Africa in the first international commemoration of his life since his funeral in December 2013. It was an intimate and uplifting affair – there was nothing somber and pretentious about it. Freeman even got up and danced during the choir’s lively “Pata Pata”. “That’s what Madiba would have liked”, said his longtime assistant and friend, Zelda La Grange.

Not even the inclement weather could dampen the spirits of the occasion. The day of the concert was also the day of one of the worst snowstorms in the city this winter, and on the morning of the show, nobody was in town except me. A state of emergency was called because roads had become treacherous and many flights were cancelled. For a few hours I was more than just a little bit nervous that I’d have to do everything – what if the choir, Clinton and Freeman didn’t pitch? Luckily by the afternoon it seemed that the paths miraculously cleared for the safe arrival of all the participants and the several hundred-strong audience.  In true “Madiba magic” style, everything seamlessly came together.

The essence of President Clinton’s tribute was that if it was possible for Mandela to forgive and reconcile, after the 27 years he served in prison, that it might also be possible for us to walk away from even justified anger with another person, especially if they were different. He said that was the problem with the whole world – that people fought because they saw each other as different, and because they thought their anger was justified. He said that he had asked Madiba if he hated his jailers, and that he had replied “Yes, but only for a few seconds, then I forgave them.” And that Madiba had told him that continuing to hate them would have kept him in prison forever. To be truly free, he had to let go of anger and bitterness.

Doubtless many people in the audience knew the story of Mandela’s life, and I’m sure many of them had heard President Clinton, eloquent as he is, speak before. We had all heard the beautiful, distinctive voice of Morgan Freeman in his countless movies – he had played Mandela and even god. In America, the Soweto Gospel Choir are even more popular than they are at home. What made that night so special was that it was all very sincere, and it was about keeping the Mandela legacy alive. That must remain our focus in South Africa, and if Clinton is right, we can apply his philosophy to the world and make it a better place. The world loves South Africa, and they love our story. Let’s give them even more to be impressed with as we head towards 20 years of democracy, next year. 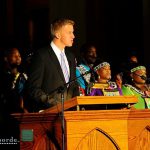 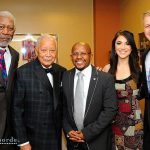 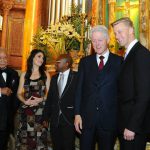 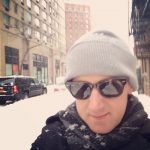 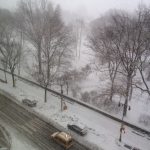 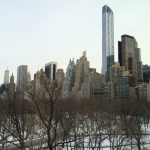 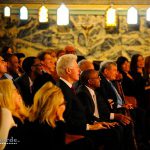 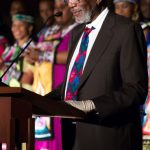