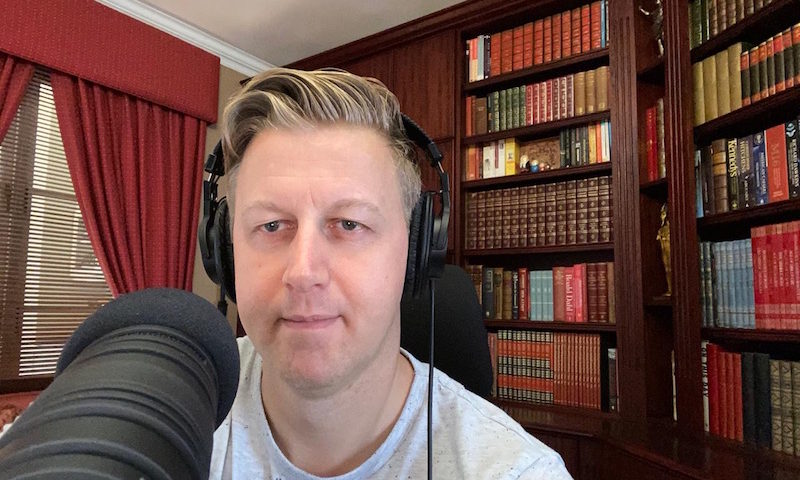 Time to level with each other, ok?

You don’t have to prove you’re exercising at home during lockdown – we’ll know at the end when you roll out of your house if you did or not.

I believe you’re working from home. Thanks to all the holidays, April was a write-off anyway, so we were only expecting 50% from you. Don’t feel bad if you’re not the most productive person on Earth – you’re not.

You don’t need to post a screenshot of your Zoom calls to friends – I’m sure you have some. After this you’ll still be chatting on Zoom because there will be no restaurants, clubs, bars or events left to meet up at. Get some practice while it’s still en vogue.

Nobody cared about your cooking or baking before Coronnnna VAAAAIRUS, so it’s no more interesting now. We are ok with you not being a creative person at all. All TV chefs are boring too. We knew this long ago, but there are fat people all over the world who only think of food 24/7 so there are many channels of this nonsense. Don’t get distracted.

We know you’re sending lewd messages to people you haven’t spoken to in years – that’s ok. If you ever watched Survivor, you’ll know that people end up having sex just because they’re stuck somewhere. It’s normal. You’re stuck somewhere.

If you’re talking to pets, plants or inanimate objects, you’re probably a lonely extrovert. If you’re ignoring them, you’re a sulky introvert. Now you don’t have to do a dumb online test to know which one you are.

Not one psychic, tarot-card reader, prophet, or wise old woman predicted this Coronnnna VAAAAIRUS, so can we finally throw them in the trash heap. If you were in the predicting-the-future game, this would have been the BIG one to get right, so if you missed it, you’re just a cheap charlatan.

Now you know why your kids’ teacher hates them – and why you should apologise to the teacher when lockdown is over.

Admit that you’re a compliant sheep who follows rules (even dumb rules) when you’re scared and suddenly all your bravado about standing up to government becomes a nervous bleat when Bheki Cele’s cops tell you you can’t go somewhere. You’re probably even reporting your neighbours, you snake. Your individual sovereignty was surrendered for stockpiled toilet paper. Disgraceful.

You have to admit you’re basically unreliable – you even show up late to Zoom meetings… and you can’t blame traffic now. Accept that you’re hopeless with time.

If you’ve cleaned your house, done some DIY, or completed a project of some kind, good – but don’t think we don’t know that you’ve done that because the world is out of control and you need to show you control some small corner of it. That’s probably healthy. Maybe you’ll stop talking about climate change now and tidy your backyard for the same reason.

You’ve probably noticed how horrible some houses are and how beautiful others are in the background of online meetings. You may even have seen how some people are ashamed to show off their houses. Be grateful for what you have, if you have a nice room or two.

Now you know, 100%, absolutely, whether you’re an alcoholic or not. I’m not going to lecture you on this.

Now you know, 100%, absolutely, whether you really love your partner or not. And I mean ALL the time. Maybe you’ll appreciate the time spent apart when we get back to some kind of normal – and never say things like, “We don’t get enough quality time together”. It’s overrated.

You just know, deep inside, that people who talk about renewal and how this allows us to “throw off the yoke of greedy capitalism” weren’t doing so well before the Coronnnna VAAAAIRUS and will probably be losers in whatever system is next too, right?

You may be cleaning your own house for the first time thanks to Coronnnna VAAAAIRUS and have seen what a disgusting pig you are. Your domestic worker deserves a raise, even if you get retrenched in May.

Maybe you’re starting to appreciate your bed, sofa, fridge or phone a little more – instead of complaining about all the things you don’t have. If you didn’t have those things, lockdown would be horrible, right?

If you’re bored a lot during the lockdown, you might have to confront the fact that you’re boring.

That disgusting, mucus-coated mask and those sweaty nitrile gloves are not a fashion accessory, and you’re not a Kardashian, so don’t post photos of yourself in them. It’s not Corona-chic and you’re not a doctor.

Admit you’re craving fast food and if you’re a housewife in the Northern suburbs you would do anything for Tasha’s.

If you’re over 20 and have started a TikTok account, you should be ashamed of yourself. If you’re watching other people on TikTok, you’re probably worse.

You’re not spending money on entertainment – and I’m sorry to say this, but entertainers became much too important in the 1900s and 2000s. Throughout history actors, dancers, singers and fools were considered lowly and a luxury in civilised society. Maybe this pandemic will remind us that doctors, engineers, scientists, teachers, nurses, garbage collectors and police are more important than Beyoncé.

Finally, government sucks ass, but they’re back in business. We were on a beautiful trajectory of needing and interacting less and less with government as the world became freer and friendlier and more abundant. This virus has made government important again. You may be attracted to this proposition because you didn’t have a dad and want someone to look after you, but this is very bad news in the long run. When government takes rights away, it’s a long, arduous process to get them back. When they tell you where you can’t go, what you can’t buy and what you cannot do, even for good reasons, you’re living in Orwell’s 1984 – or at least an incompetent version of it.

Sleep with one eye open, kids… and stay safe.