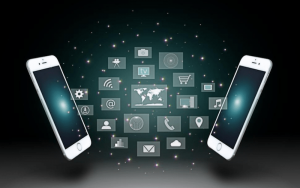 Every week I get at least three or four emails from people who want to be radio DJs. They usually want to do it because it sounds like a cool way to earn money and someone once told them they had a nice voice.

The idea that someone with a great voice should sit in a little room at a microphone, telling you what song just played and which song comes next; remind you that it’s 12:45 and that “we’ve got a great show for you today”; that this person would tell you about the weather, the sports results, the traffic; is ridiculous. That’s what most people think a DJ does – and to many radio broadcasters’ dismay, they’re not wrong. It’s a ridiculous job. Is it even a job anymore? My parents never thought it was, and couldn’t wait for me to get a real job.

– We have Shazam to tell us about the song that just played, if your phone or your radio or Siri haven’t already displayed it for the entire three minutes it played, before DJ Sideboard had to mispronounce the artist name for you.

– We have Apple watches, phones, tablets, phablets and massive screens in even the cheapest cars that give us the time, to the second.

– We get such accurate localised weather from apps like YR.no that we can measure the windspeed a few metres above our house or office, and we don’t need to know what it’s like in Beestekraal, which the DJ insists we should in his sponsored “nationwide weather report”.

– As for sport, you’re likely following your favourite sport sources on Twitter, or you subscribe to an RSS feed or two that keep you constantly updated, and that renders the result of last night’s game (already more than 12 hours old) not very interesting or useful. You might have notifications on your smartphone, podcast subscriptions or Instagram meme accounts that give you more info than you can shake a stick at anyway.

– As for traffic, Waze will let you know there’s a broken-down truck on the highway when you still have a chance to take an alternate route, and not add to your anxiety by telling you about an accident 300km away on a road you never use.

Chances are you don’t need the DJ or the radio station for music either. You’re either listening to your favourite song on repeat, downloading new stuff illegally or your friends are forwarding you interesting samples on WhatsApp or Soundcloud. Most radio presenters get to talk for a few minutes an hour and usually they don’t get the chance to give their opinion or say anything valuable. The ones who do talk more than a few minutes an hour are probably the ones who shouldn’t anyway. They usually play noisy ‘jingles’ with laser sounds and effects that make it feel like your listening to Star Wars with the picture turned off but that can’t hide the fact that there isn’t any content there anymore.

And that’s the sad reality for radio listeners: Any time you tune in you’ll be forcing yourself to listen to songs you didn’t choose, suffering through other people winning prizes and competitions, presenters laughing at stuff you don’t find funny and stations reminding you that they’re “Polokwane’s NUMBER ONE HIT STATION” even though you couldn’t care if they were NUMBER TWENTY-SIX. You’re listening to them, you don’t care how many other people do.

If you have a story to tell, if you’re great at conversation, and if you can be authentic and remember what your audience wants, the place for you is PODCASTING, not radio deejaying. You can still make people laugh, cry and think – but you can do it in a way that isn’t contrived, that isn’t trying to be everything to everyone and that isn’t competing with other audio contamination.

If a discussion with a fascinating guest is over in 20 minutes you don’t need to keep it going to fill up the hour – that podcast can be 20 minutes long – and similarly if you’re having a great time you can keep going until you run out of material. As a host, you don’t have to tease, tempt and bully people into listening for longer than their commute because you need ratings. They’ll pause and come back to it when they finish their meetings. And they CHOSE you, they didn’t just turn on the car and carry on mindlessly listening to whatever is on. In a podcast, you’re part of people’s lives in a much more intimate way and in places radios don’t go – because you’re on the one device that they never leave home without – the smartphone.