How to Live a Meaningful Life 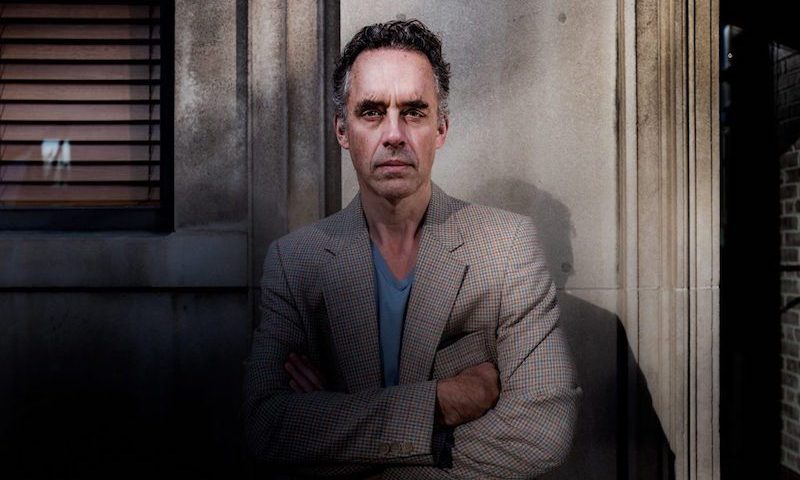 “The whole point is to take personal responsibility. That’s how you can start to live a meaningful life…”

I interviewed Dr Jordan B. Peterson last week. He’s a former professor at Harvard and professor of evolutionary psychology at Toronto University. He has become an internet celebrity because of the way he reasons away politically correct nonsense and espouses personal responsibility and self-worth, especially popular with disenchanted young men. Often an interview is interesting – just good conversation – but every now and then it becomes instructive and useful. I felt that way after speaking to Peterson and reading his book 12 Rules For Life, which is already a bestseller.

The reason for this is twofold: First of all, there are so many young people (mostly, and I hate the term, millennials), who have deep convictions about “changing the world”, “making a difference”, “living their best lives.” Few will achieve anything close to these things, but every last one of them is going about it the wrong way. Before you can set about changing the world, you need to clean your room, Peterson argues. Being an activist, dyeing your hair purple and protesting Donald Trump is an utter waste of time if your own life is a mess. The only way to make a difference is to start with the things you can immediately fix and work your way outwards. That doesn’t sound glamorous or Instagram-worthy, but it’s the only way to discover the joys of personal responsibility, individuality and witness first-hand your ability to improve things. From this point of view, weaker people who take refuge in collectivist thinking will immediately feel the need to rebel – and if you look around, you see a lot of disconnected, angry, emotional and disempowered people losing their shit and trying to tear down the system. It always ends in tears.

Self-worth is at the heart of our problems in South Africa. So much of what we think of ourselves is based on what other people think of us, what material possessions we have and which groups we belong to – for a multitude of very obvious reasons. The really privileged few are the ones who discover their own agency – people who don’t nominate themselves to speak on behalf of a group, who don’t use collective terminology to define their character, or say things just to be popular. And they’re not all white, male, straight or cis-gendered…

Before you rush to declare your own individuality, be aware that you’ll pick up a lot of antagonism from people who need to belong to groups, resentment from less self-actualised people, hatred from those who appoint themselves to speak on behalf of others and incomprehension from people who expect their feelings to override calm, sensible conversation between equals. And these descriptions apply to a lot of frustrated young South Africans.

The other reason Peterson’s book resonates is because he has done the heavy lifting for us – he has read the uncomfortable, complex works of Solzhenitsyn, Huber, Wittman, Nietzsche, Dostoevsky, Orwell and Lao-Tse. Most of the people who tell you they want to change the world wouldn’t be able to spell one of those names, let alone tell you who they were. Many young people will tell you they’re socialists, and call people who disagree with them Nazis – without the slightest appreciation of how many people both ideologies have brutally put down. Too many live in a self-absorbed social media universe that requires no rational basis for shallow and outrageous opinion, based on a profound lack of historicity – and it is in precisely that world that Peterson rides out to meet them. The exciting thing is that his following is growing – and many young people are drawn to the idea of standing up straight with their shoulders back, facing the world with conviction.

Read the book. Listen to the podcast. You can thank me later.