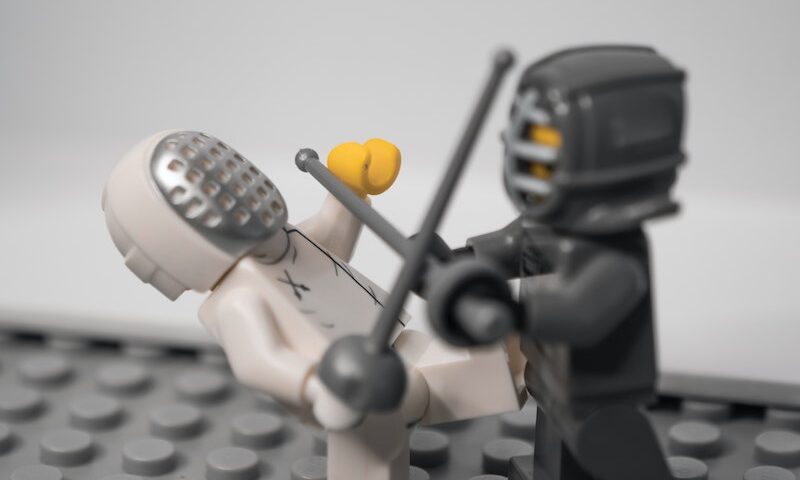 Not a week goes by where you don’t see two neanderthals abusing each other because they have a different point of view online. Do you wonder, like I do, if their anger and stupidity could be channeled into great arguments that might change minds and move us all forward, instead of making us dumber and more primitive?

Maybe you think that’s a futile project, but I hold out some hope.

It is with this in mind that I decided to look at ways you might convince others you’re right, or learn to be open-minded about points of view that differ from yours. There are many skills that might come in handy when attempting to make sense of the world, and some obvious pitfalls that all of us are prone to. So here goes:

1. Don’t get emotional.
Sounds obvious, doesn’t it? Unfortunately most people are so easily provoked to anger, fear or misery that they can’t even get past this point. If you care about a subject, even if you care very deeply, you cannot allow yourself to get emotional about it in an argument. You will lose before you have even started to make a point. There’s a place for emotion – and how you feel is very important, but only to you in that moment, and if you want to be taken seriously you cannot tantrum like a child. How often have you looked back at your own behaviour, and within only a few minutes regretted an outburst? We’re all susceptible to it, but ultimately it doesn’t help you in any way to get emotional, especially online. #NobodyCares

2. Avoid name-calling.
This is something I have to work really hard to avoid, and I get it right half the time. Saying someone is stupid may be a cheap thrill, and you might even be correct, but it reduces their ability to treat you with anything but contempt and weakens your persuasive powers. If a teacher ever called you stupid, you’ll remember how that moment demolished a whole subject for you, and made it inaccessible, perhaps forever. You can say something a person says is stupid, but to call them stupid blows up the whole enterprise. Name-calling can also lose you the moral high ground, because racist, sexist, mean things make you sound like an asshole, even when you’re absolutely right. For better or worse, people attach their whole reputation and even their identity to some of their positions and in every debate it is worthwhile to consider how much it means to you to win, and what the cost of losing might do to someone else. This is one of the reasons I no longer debate religion with very devout people. If I win or lose, it doesn’t matter, but for them it’s much more important.

3. Try to pursue truth, and don’t lie to win.
In arguments, you must always assume your opponent is smarter than you and that they might even know more than you do about a subject you’re well-versed in. Some people, in an attempt to win an argument, will make up facts and statistics, misquote others and exaggerate things. The obvious danger of this is that these things can be checked and researched after the argument, and will make any victory by a liar pyrrhic. Thanks to the internet, everything lives forever, and an untruth or misleading set of facts will haunt you forever. As Mark Twain said, “Better to remain silent and be thought a fool, than to speak and to remove all doubt.”

4. Anecdotal stories aren’t evidence.
Since we’re talking about truth, try to remember that just because you’ve experienced something, that doesn’t make it true. If your grandma met an alien, that isn’t objective evidence that aliens exist and her encounter with one won’t be persuasive to any other human being. Your grandma might be insane, and your feelings about nuclear energy aren’t going to change someone’s mind just because you got very upset when you heard about Chernobyl. Under laboratory conditions, with stringent controls, your personal experience of something may be very real to you, but isn’t scientifically or statistically useful. That’s why Oprah Winfrey is completely full of shit when she talks about ‘her truth’. Regardless of Oprah’s truth, gravity is a fact, and requires no cooperation from Oprah. ‘Your truth’ is narcissistic psychobabble and would get you fired from any science project or intellectual argument. Some things are absolutely measurable and how you feel about them is immaterial. During COVID, lots of very silly people have been making decisions based on what happened to their bus driver’s aunt’s best friend’s hairdresser because she licked a shopping trolley. This stuff makes you insensible.

5. Just because lots of people believe the same thing you do, doesn’t make it true.
Majorities of people are almost always wrong, especially online. Democracy has proven time and time again that just because many people agree with something, that thing is still very often wrong. Just because a news outlet released a poll about what a great driver Caitlyn Jenner is (and 67% of respondents agreed!), does not make it objectively true. To say that you and your four best friends all think sticking your fingers into electrical sockets is harmless, does not make it so, and you should probably not operate heavy machinery if you think that way. Online mobs are consistently incorrect… just look at how little they achieve in the real world, and how few of their constituents are even meaningfully employed.

6. Education isn’t the same as intelligence.
You might have a great education, and you may even have many degrees, but you can still be very unintelligent. Intelligence isn’t about how much you know, it’s about how much you want to know – and the smartest people know they’re mostly ignorant. Truly intelligent people like a good argument and they relish a smart opponent who can tear holes in their ideas. Self-satisfied academics, pompous professors and people whose theories never make it into the real world are seldom the ones who are most adept at winning others over to their point of view. Just because someone disagrees with you doesn’t mean they’re uneducated, it could mean your first principles are shaky, and need examination. The worst people to have a conversation with are those who never heard a good argument against their position. Also, there are no experts in matters of politics – politics is not a specialist field. Any uneducated person who reads the news can develop a political opinion, and most of us don’t pay nearly enough attention to articulate anything sensible when it comes to politics. The true believers in whatever their political ideology is, are always the most boring, humourless and dreadful company imaginable.

7. Know when it’s over.
Some people aren’t that interested in an argument, or even in thinking very hard. Some people like small talk, celebrity gossip and discussing their aches and pains – and they find those of us who want to discuss religion, politics, sex, and science exhausting. They think a passionate argument is the same as conflict, and try to diffuse conversations just when they’re starting to get interesting. Some of us love a heated disagreement, and can be the best of friends after one. Others dread the idea of any kind of discord and would rather keep the peace, saying nice things that nobody really cares about. You mustn’t argue with those people, they hate it and they’ll dislike you for dragging them into one. Even those people who like robust dialogue get tired, and you’ll need to develop a sense for when you’re getting boring, going over the finish line or being a bully. Some people never develop this sense and stop being invited to dinner parties.

The internet may have become a swamp of ugliness and nastiness, with vicious invective vacuously venting from every tweet, but maybe there are a few curious, thoughtful people looking for answers, a new perspective, or even a good argument to change their minds. There are probably only about 47 of them on the whole internet, but they are the future of the species. If we don’t leave space for our ideas to be evaluated and rejected, or improved upon, then we really are doomed.