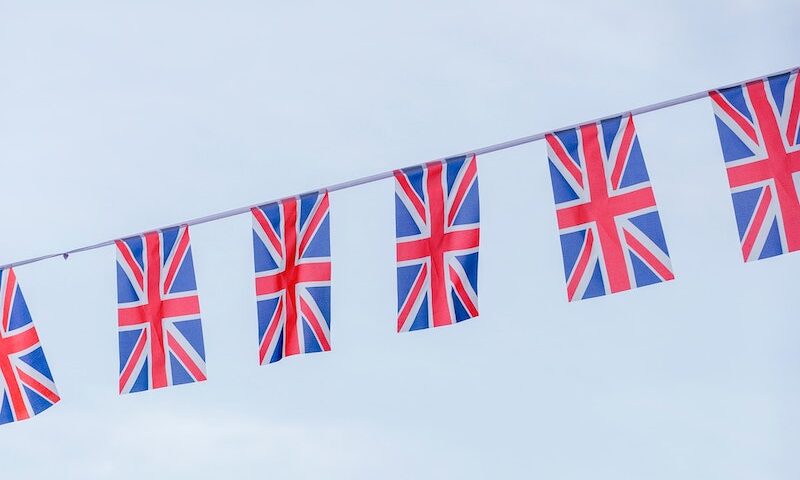 The old aristocracy of Europe, the dying embers of which glow faintly in the monarchies of the West and whose blood dilutes itself in far-flung corners of old empires, used to pride itself on something called ‘noblesse oblige’ – the idea that to those whom much is given, much is expected. The idea here was to protect, teach and give succour to those in your care: An accountability for others in exchange for the privileges that fell upon you. Many wicked men failed to live up to this, but a great many more tried, and succeeded – so much so that to be called noble or a gentleman became the highest aspiration of all.

The great families’ conquests forged nations, their patronage gave us the greatest works of art in existence and their support for, or rejection of faith spurned the splintered but most populous religion on earth. There can be no doubt, even among the least charitable in modern society, that civilisation as we know it in the Western World (and the inheritance of Ancient Rome and Greece) is in large part their legacy. For a thousand years science, philosophy, the university, chivalry, human rights and the exploration of the globe are directly attributable to these families. They have, of course, their share in the deleterious business of slavery, exploitation, military domination and religious subjugation – but these evils are not unique to the Europeans – and no self-respecting history student will successfully argue that they are.

The Royal House of Windsor (or Saxe-Coburg-Gotha, or Oldenburg, by lineage) have played their part in this rich tapestry of European and world history – and they have had a starring role. The greater part of Shakespeare’s invaluable contribution to literature is a history of these sovereigns. Lately, we have come to regard them as a curiosity and a tourist-trap – with people flocking to palaces to see opulence and treasure, and then leaving with a stuffed Corgi toy or teaspoon. For most of the twentieth century, despite the best efforts of a few virtuous and dutiful monarchs, they have been largely just that – a bit of a pompous show.

When the younger son of the next king and his wife decided to engage in a full-frontal attack on the crown, they had to realise what they were doing. The royal family, the history of the nation, the language and the culture are all so interwoven that a threat to any part is a threat to the whole. Even if H&M didn’t realise what they were doing, it’s too late to disengage now. We could talk for a very long time about how dark Meghan’s baby might be, or how racist it might be to ask that… we could weigh up the pros and cons of their mental health, their contemplation of suicide, the courting of the world’s most famous television interviewer or the nastiness of the British press. But that’s not what will be interesting in the future. What people will talk about (and what historians will write about) in the latter part of this decade will be the great culture war, not how Meghan cried or how Harry felt.

The Queen represents the old order: personal responsibility, strength of character, sacrifice, concern for others and a duty to those in need. She demonstrates this every day, and has devoted her 70-year reign to this priority. She represents family, tradition, history and service, in a country where precisely those values steeled the British spine in their fight against the Nazis. While Presidents and Prime Ministers came and went, we never found out how Elizabeth II felt about anything, or her personal politics – because she respectably kept it to herself. Many of the old dominions are now much greater, much more advanced and sophisticated powers than modern Britain could claim to be – even the America to which her grandson fled has eclipsed the old empire – and now they have their own kind of nobility.

Meghan and Harry represent this new kind of aristocracy – activist celebrities whose lives are indescribably privileged, millionaires and billionaires who have the freedoms, luxuries and access to experiences that even Marie Antoinette couldn’t imagine. They do very little for a living – some act in network shows about lawyers, others sell their life stories to Netflix. They have servants, bodyguards, award shows, holiday homes, jewels and famous friends. But they also have millions of fans and followers, access to anyone and influence over politics, their children are fashion accessories and their relationships are like Instagram collaborations. Perhaps because it’s so parvenu, the shallowness drives them to share their feelings, all the time.

Before you judge these precious snowflakes too harshly, we should note that they do have a solemn duty – to themselves – and in order to execute it, they need to assume a mantle of victimhood and persecution, no matter how good their lives actually are. The absurdity of a prince and princess talking about their difficulties with a billionaire should rankle everyone, from the most radical communist to the most unapologetic elitist. That the once-royal couple have decided to add the weapons of race, gender and class to the mix in order to start a fight shows an exquisite lack of self-awareness. And yet, in some markets, it works! It works because a victim never has to feel guilty or responsible to anyone less fortunate than they are. A victim gets to moan about how tough their lives are and show they’re just like you, right? If you believe that, you’ll believe anything.

Oprah Winfrey missed a trick by not asking Meghan about her non-existent relationships with all of her relatives. We only know about her mother, and we haven’t seen her since the wedding. Why didn’t Oprah ask about her father, her ex-husband, her brother or her sister in the wheelchair? Harry seems to be heading the same way – leaving his family and country behind, along with his life of supposed service and duty (and the Nazi uniform he dressed up in). All of that takes a back seat to “doing the work” around figuring out how Meghan handles racism (which of course, isn’t work at all). Those code words are part of the language of the new elite, and all of this proves once and for all that royal genes don’t always include intelligence. We also saw that Meghan could act, but not well enough to persuade anyone but a fool that she’s an honest player.

Harry and Meghan are nothing if not the truest representatives of a generation that has replaced honesty, family, responsibility, care for others and a service to something greater than the self with solipsism, fame, ‘wokeness’, narcissism and the nihilistic need to render all institutions to rubble in an attempt to secure a grain of purpose. Harry is so directionless that he’s willing to burn the monarchy down for the plastic promises of Hollywood and “speaking his (or her) truth”.

The bad news for them is that there are many more people in the world who have only family, the pride of work and faith to guide them through a much harder day than a prince will ever have. They see an entitled, self-absorbed long whine to freedom.

The vast majority of people look at the Queen and see a woman decked in and surrounded by splendour, but they also see someone who has been devoted to her job for all of her life. They see someone who only says what she means and does what she says – someone with real integrity. An actress and her beta-male husband may rescue a few chickens, but that’s not enough to make them noble.