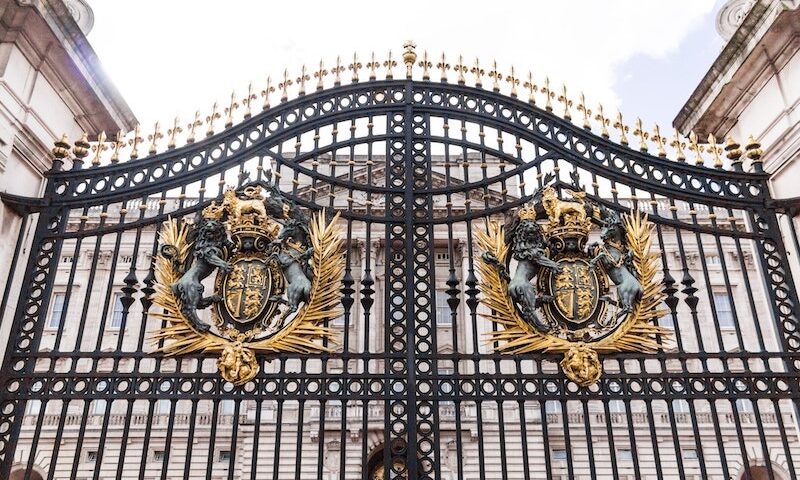 His Royal Highness The Prince Philip, Duke of Edinburgh died on Friday the 9th of April 2021, at the age of 99.

I had the pleasure of meeting him when I was in my final year of high school. The headmasters, head boy and head girl of each of the schools in Pretoria were invited to a garden tea in honour of The Queen’s State Visit to South Africa and Nelson Mandela. Through family connections, I was invited along. When the Queen walked up to us, I shook her lightly by the hand and she said “How do you do?”, and that was really it. For some reason, I decided to present everyone to Prince Philip. Overconfidently, I stepped forward and said: “Your Royal Highness, may I present our headmaster Mr Lee, our head boy Conrad and our head girl, Tracey. A wry smile and the opportunity for a dressing-down flashed across the face of the old prince. “And who the hell are you?” he asked. I began to explain and he crossed his arms and stopped me, realising he was dealing with an amateur. “Oh, you’re just a hanger-on, are you?” he said dryly. Defeated, I replied with a shrug: “Yes, Your Royal Highness, just a hanger-on.” He leant in and with a wink said “Well, I know how you feel…”, gesturing at The Queen.

While I may have had the good fortune of meeting some of the greatest and most interesting people since then, that meeting with Prince Philip was permanently stored in my memory as the perfect example of why meeting someone, even for a short moment can change your perspective on many things. It will always be my favourite recollection of an encounter with someone really famous.

Prince Philip’s actual patrilineal line is Danish and he can trace just about every person in his genealogy back almost a thousand years. In terms of bloodline, he is one of the most blue-blooded royals in all of European history. He has Tsars, Emperors, Kings, Queens, Saints and noblemen in abundance in every generation of his ancestral tree and was for a time in line to just about every throne in Europe by descent alone. He spoke excellent English, French and German, with a bit of Danish and some Greek for show. He rose to the top at school and as a naval officer, fought with honour against Hitler and Mussolini, and managed to marry quite well. He produced four children, eight grandchildren and eight great-grandchildren and could be relied upon to lighten up any state occasion, or add gravitas to a serious one. He wrote 14 books on subjects as diverse as sailing and world affairs, and read voraciously. He would go to sleep at midnight and wake up at 6AM every day. He could pilot many different planes and helicopters, could command a ship and sail a boat, was an excellent carriage driver, horseman and polo player and could also paint beautifully with watercolours and oils. He was fit, tall, good-looking and erudite, and had an imposing presence in any circumstance. Prince Philip was intensely interested in engineering, aeronautics, mechanics, chemistry and even poetry. He could hold his own with the most superior dons at Cambridge and chat just as amiably with a factory worker. He managed to do his duty without blemish while in military service, to his wife and Queen and to the family he headed. There are very few, if any, people in the world today who could manage all of that. Looking back, I don’t think she knew it at the time, but The Queen couldn’t have chosen better consort, even if she could see the future.

The Duke of Edinburgh was a rare mix of confidence, toughness, intelligence, discipline and authenticity. He wasn’t a louche and degenerate aristocrat (which he could easily have decided to be… sunning, gambling and drinking his life away in the south of France like his father did). He also wasn’t a boring slave to duty – despite his years of devoted and impeccable service to the monarchy and his wife, he maintained a sense of humour, a rebellious streak and an independence that nobody else could master. He believed in merit, even with regard to his own children – demanding exacting standards of them in the same way he did of his staff, and himself. He had the most unique front-row seat to history – he could and did meet anyone he wanted to (and a great many people he didn’t), and was able to witness first-hand the seismic changes of his 99 years on earth. Despite being in a lofty position over most mere mortals, he was never a snob – his gaffes and teases were meant to break the ice and relax his interlocutors, not demean them. I have never heard a story where someone was very seriously aggrieved by something he said. Most knew his intentions were good, unless you wasted his time. He listened intently when people who knew more than he did said anything, but wouldn’t suffer fools talking nonsense. I suppose the richness of this life can be absurdly reduced in any number of ways, and most of the snide evaluations on social media belie just how little the people making them know about the world.

While you couldn’t call him emotional, he was apparently sensitive in private, devoted to his grandchildren and enamoured of beautiful women. Despite many rumours about his playboy youth, nobody has ever been able to prove that he was anything but loyal to the Queen and the type of gentleman he exemplified would never cry, whinge, bare his heart to strangers or talk openly about his feelings. In a world where his grandson and Meghan think the opposite is appropriate, Prince Philip was a shining example of restraint, dignity and privacy. He believed above all, in character – and the lasting legacy of his Duke of Edinburgh Awards have had the effect that the young people coming out of them achieve some degree of that, as well as practical skills that most schools and sadly even parents don’t teach their children. Character is something formed by a combination of personality, genes, circumstance, resilience and attitude. We could do with more character in the world, and less personal certitude, self-righteousness, materialism, grievance-culture and victimhood. Our grandparents’ generation wouldn’t be impressed by any of that, and they would be right.

When they lower the coffin of this scion of the Oldenburgs into the Royal Vault at Windsor, built by his four-greats grandfather George III in 1804, he will have earned his place in history: As a prince he was born great, as the Queen’s husband he had greatness thrust upon him, and as an individual he achieved it, on his own merits.