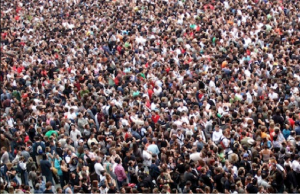 If you can’t pass a test or exam, you don’t get the certificate or degree. If you don’t get that special license, you can’t operate an articulated crane. If you can’t fit into the jeans, there’s no reason to buy them at the clothing store – and if you’re not completely convinced that you can do the best job possible, you might want to think again about bringing a child into this world.

It seems that because some peoples’ genitals work, they imagine parenting will concurrently come to them out of nowhere, naturally. The abundance of losers, criminals and psychopaths in society would indicate that this is not the case. People may know how to make a child, but they sure as hell don’t seem to be able to adequately raise a child. Parenting is the hardest job in the world, but unlike every other job on earth, there are no KPAs or competency tests and people get very upset with you when you suggest there should be.

Just because a handyman can plane a bit of wood, screw in a screw, weld a joint or lean a ladder against a wall does not mean that I would trust that person to fix the plane that I’m currently taking to Cape Town. Only an idiot would. Somehow, either because of overweening solipsism or instinct or religious indoctrination, the very idea of evaluating a parent horrifies some people. Mostly parents. Mostly bad parents.

A human child is one of the most complicated, sensitive, impressionable, delicate and dangerous creatures in all the universe. Simultaneously filled with potential, innocence, curiosity and fear – and deeply dependent on its parents to nurture it and give it succour, the inability of these parents to do anything but an impossibly good job could result in the said child developing into a monstrous adult. Without access to basic resources, not to mention care and kindness – or an educated example of civility, the child could become immediately and permanently disadvantaged and stunted. To burden everyone else around him or her for the rest of their natural life seems a horrible inheritance for a creature that had no hand in it’s own creation.

Yet this is what happens – all over the world and in all societies, among rich and poor alike. People make children. We’re past the seven billion mark and we now produce less food than we need to sustain our growth. It is clear that humanity is in no danger of becoming extinct and there is every possibility that we will deny all other animals the chance to survive, as our needs begin to limit theirs. Something’s got to give.

In Whitney Houston’s power ballad “The Greatest Love Of All”, she sings that children are the future. I’m sorry Whitney, but while children may be the future, mine won’t be there to provide for yours. If bad parents keep making babies, they can be sure that any progeny I might have had will not need to be their friends, help them along or get involved in their squabbles over water and land and money. I won’t give my children that future because I won’t have children. For those with children, that will be their future. All around me I see sensible people who resolutely have decided to do the same.

Let me be very clear: I have nothing but love and respect for parents who love and respect their young. If my parents hadn’t, I wouldn’t be here. I never argue against myself, so you can be sure I see the value and joy there must be in seeing your family grow, and your genes multiply. There can be no greater accomplishment for a human mammal than to guide a child to successful, independent adulthood. To do less though, borders on the criminal.

If all parents were tested, and they were judged on the mental, physical and emotional stability of their children, I fear a great many would fail to make the grade. Even Angie’s 30% pass mark might be too high a standard for all the moms and dads of the world (The dads would fare especially badly I should think). I won’t play a game I can’t win, and who knows, I might be a great dad, but it will remain a moot point. I’d rather not risk someone else’s life trying to prove it. Not now at any rate!

I would never tell anyone else not to have children. How dare I? How dare anyone? If however you don’t or can’t have kids, thank you for the parking space not taken up by a gigantic people-carrier with a ‘BABY ON BOARD’ sticker on the back window. Thank you for the fact that I don’t have to put up a pool net. Thank you for the fact that I can still watch violent or naked people on TV without having swearing blocked out. You see, if you do have children, those are things you have to worry about, and you chose to. I’m opting out.