Do you find the Oscar Pistorius trial trying? 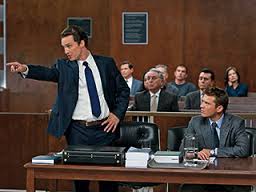 In the midst of all the emotion – a beautiful girl’s family grieve and a country mourns the fall from grace of a superhero – and the media melee, we can often lose track of what matters. The law (and I’m very careful to claim nothing but a cursory knowledge of that great field of expertise and practise) can be very confusing to the casual observer, and its application can bewilder even very intelligent people.

I don’t know about you, but I spent the better part of Monday watching the charges being read and the first witness being led and cross-examined. I know the purpose here is to see the law applied to facts and to obtain some semblance of truth from circumstantial evidence… But my god it’s plodding and dull. And this is only the first day…

Might I also ask (since I have been told how skilled Barry Roux and Gerrie Nel supposedly are as practitioners of the law) whether all our trials are quite so frustrating and whether communication is so very difficult between parties that we need to cover the same ground quite so exhaustively? Perhaps I’m an idiot and that is why I don’t have a career in the law myself, but it does all seem terrifically pedestrian and lacking in flair. I have had more interrogative, illuminating and argumentative discussions with even my less worldly friends than I see displayed in the North Gauteng High Court. No erudition, no skill, no strategy. To and fro like bureaucrats with differing stamps they go.

Perhaps I have watched too many shows like Suits and Boston Legal, and perhaps I’m a sucker for imagining that people who argue for a living and charge like wounded buffalos for that living might actually be better at it than they appear to be, but I find myself disappointed.

What is being tried is the quality of argument, and it appears South Africans aren’t terribly good at it. Forget about Oscar for a while, let’s think about the last time you had a good argument with someone. Chances are that nobody won – that no conclusion was reached. It probably ended with a “you’re entitled to your opinion..” accommodation. That means you wasted your time and they wasted theirs. If sufficient evidence is brought to bear, or someone argues a causal link and logical pattern more conclusively than another, the argument must achieve at least a progression towards a result. Not everything is about opinion.

I might have an opinion about the Earth being flat, but in the face of photographs from the International Space Station or calculations based on the curvature of the Earth (or even seeing the Earth’s shadow on the moon during waxing and waning) I should be encouraged to amend my opinion to a more educated and truthful one. If I do not, I am obfuscating and ignorant. Every day newspapers and television shows present us with two sides to every argument and infer a false equivalency on both sides. If one side is patently false, there seem to still be those who patently adhere to it, claiming their ‘opinion’ is valid. It is not.

I like arguing, and I think many people do, although too many confuse it for fighting. It is possible for two people to respectably argue things and respect each other. In fact, I would aver that the best conversations I have ever had are usually with people who disagree with me, or who have a very different point of view. These are the only opportunities we get to take in new information and to test our own understanding. If I argue with you, I take you seriously. Those I am anxious to agree with, I’m also usually in a hurry to get away from. Seeing two opinionated people who are unwilling to concede their point in the face of better information or evidence is like watching the Paralympics (and with no disrespect to the competitors in that event, the Olympics get the lion’s share of audience ratings, and this is no sleight on the Paralympics – it just seemed a fitting metaphor thanks to Pistorius).

Argument has become a fine art and most people are incapable of it, even those we expect to have enhanced strategies to employ in the exercise of it. The saddest part of this realisation for me, has been that many people regard argument as an inherent ability to always be right and engage in conversation armed with the power of opinion and to opt out of uncomfortable collisions with verity by claiming they have a right to their opinion. That is failure.

Of course, it all “depends on what your definition of the word ‘is’ is…”