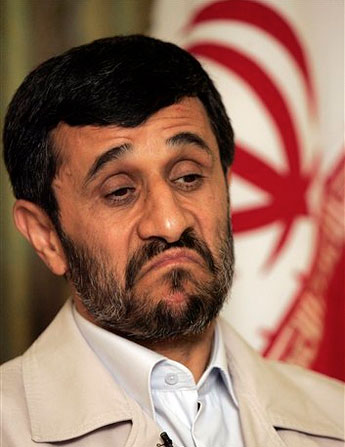 “Al Qaeda didn’t bring down the World Trade Center, Bush did!”
“In the video clip, Osama writes with his right hand, the CIA said he was left-handed, that proves the tape is fake.”
“If you watch the video clip on my YouTube page, you can see how the tower explodes out before the plane hits. They blew it up!”

In the wake of the ten year commemorations of September the eleventh, on my radio show this morning, I found myself in the familiar and depressing company of conspiracy theorists. Somehow, with ten years’ water under the bridge, several exhaustive commissions and investigations concluded, and the obvious fact that many millions of eyewitnesses saw the events of that fateful day first-hand, we still find ourselves in the land of Bigfoot, Nessie and UFOs. The time has come to lump these people into the same nonsense category as flat-earthers, creationists, faith-healers, voodoo practitioners and gullible fools. Hollywood, it would seem, has served as inspiration for reality, rather than the other way round.

Apart from the fact that it is deeply insulting to the families of the victims of the 2001 attacks, not to mention the American nation, it is embarrassingly bad logic. If we are to treat the events in reasonable and Real-political terms, we must not complicate them. America was dramatically weakened by the events of that day. They did neither the government nor the psyche of the nation any good at all. The specious and uneducated assertion that 9/11 gave a pretext for war, oil and imperialism in the middle east sound like the mewlings of an insane imam from a broken down soap-box in an Islamabad public square. To imagine that 9/11 profited anyone but the religious extremists is to ignore the most basic question: If it was a conspiracy, who benefitted from it? 9/11 damaged the whole of civilization and was nothing more (or less) than a terrorist plot and attack by fundamentalist, whack-job Islamofascists on the symbols and people of the Western world. No long-winded circular arguments about strategic middle-eastern interests or Bush-family greed can make any argument to the contrary a worse one. I have yet to hear even the slightest majority of engineers, scientists, firefighters, aeronautical specialists or intelligence operatives side with a single conspiracy theory regarding 9/11. Those pariah “experts” who wish to throw their lot in with the crack-pot bloggers and speculators are usually irredeemably cast out of their fields in reputable institutions. Usually deservedly so.

Why is it that short films like “Zeitgeist” and “Loose Change” are given parity with serious factual documentaries? Is it because the people that see them imagine they have come into possession of a great truth which others might not yet know? I don’t know and I won’t speculate, but I remain open-minded enough to change my mind in the light of any new and revealing evidence… Provided it isn’t just opinion. Christopher Hitchens always says that it is human nature to prefer a conspiracy theory to no theory at all, and it would seem this is true in the case of so many of the legends about the illuminati, the Bilderberg group, the Freemasons and even the Catholic Church. There seems to be such an appetite for this half-baked half-truth that an entire online realm finds itself obsessed daily with some pedestrian revelation about how you can spot the face of Satan in the smoke of the North Tower or watch as the ‘hologram’ of Flight 11 loses a wing when you slow the film down enough. It is an affront to sensibility.

More concerning are the pseudo-intellectual outrages perpetuated by bigoted interest groups about how the attacks were carried out by “the Jews” for the purposes of destroying financial records in the WTC and Pentagon. I suppose ‘the Jews’ needed that plane to go down in Pennsylvania too, to protect their records? On September the 13th of 2011, the paranoid Mahmoud Ahmedinejad of Iran got an extra helping of nuts from the crazy buffet and declared September the eleventh an elaborate hoax designed to uplift the US economy. Well we all know how well that worked out. Seems conspiracy theorists now keep company with holocaust deniers too. A marriage made in heaven.

We know who flew the planes. Their leader admitted it for all of them, and some even told their loved ones. We also know why they did it: They were clear about their mission, and their purpose before god. There is no need to retrospectively attribute agency or uncertainty to them. it is indisputable that out of all the people on earth on September the 11th 2001, the hijackers were the ones who knew precisely what they were doing, and why their were doing it. They were committed, and that kind of commitment can only come from someone who thinks they’re on a divine mission.

I’m not the kind of guy who believes that everything they tell you is true. In fact I think governments find themselves especially unable to tell the truth about far too much. This does not mean I am entitled to fill that void with wild speculation about some sinister group, plot or strategy. Unless I can do better than what is offered, in terms of facts and evidence, I am bound to accept the most truthful existing account. The simplest route to the answer is usually the truest one. Any degree of mental exertion for a less direct route usually means there are onerous and irrational conditions imposed on that truth. This is the basis upon which we convict murderers, exonerate the innocent and determine objective reality. If we forsake these things for patchy bunkum stories, we demean our ability to reason, our self-respect and the memory of those who died (and still die) to protect those of us who sit in armchairs watching YouTube, making up stories.