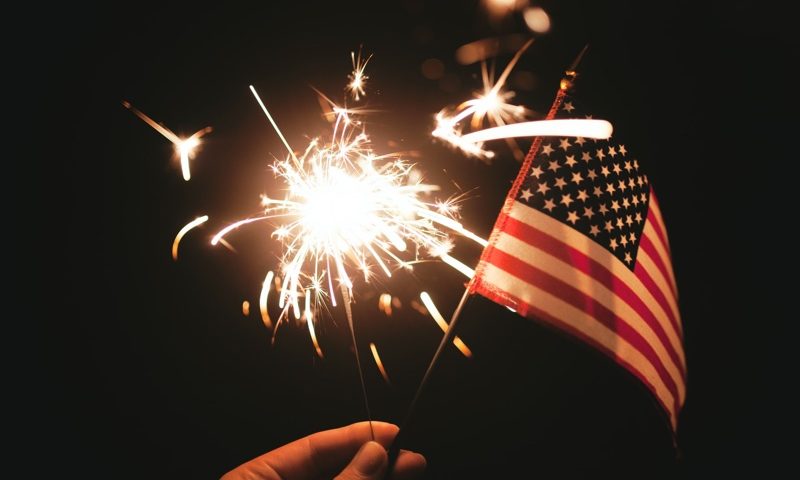 America celebrated their Independence Day over the weekend, a day that marked their split from the kingdom of the oppressor of the day, King George III of Great Britain. Since we’re revising history left, right and centre (but mostly left), I thought it might be useful to remind ourselves of what was going on back then, and why it matters as much today:

Thomas Jefferson wrote the Declaration of Independence on July 4th 1776, and in it he said these immortal words: “We hold these truths to be self-evident, that all men are created equal, that they are endowed by their Creator with certain unalienable Rights, that among these are Life, Liberty and the pursuit of Happiness. — That to secure these rights, Governments are instituted among Men, deriving their just powers from the consent of the governed, — That whenever any Form of Government becomes destructive of these ends, it is the Right of the People to alter or to abolish it, and to institute new Government, laying its foundation on such principles and organizing its powers in such form, as to them shall seem most likely to effect their Safety and Happiness.”

I quote it in full because it’s nothing short of one of the most monumental things ever uttered by a man. Now of course, we take all of this for granted – that we’re entitled to our rights – but it wasn’t that way when Jefferson wrote it. Every American was, at that time, a subject of the King far away in England. They didn’t own their land and they weren’t in charge of any part of their destiny. If you don’t understand that, then you won’t see why it was such a great leap forward, for all mankind. Of course Jefferson wasn’t perfect,  and neither was the America that he and the other founding fathers helped establish, but it was better than anything else then, and probably still is now. Women didn’t have the vote and the slaves weren’t yet free, trans-rights didn’t matter and children worked as hard as adults, in sometimes much worse jobs. People had no running water or electricity and they couldn’t get upset on Twitter about it because they had no freedoms – none. Not even the white male patriarchy of 18th century America…

If you didn’t study history, or you find history boring, you probably don’t have a very good appreciation for context – and context is extremely important when it comes to comparing yourself with those who lived in the past. Slavery, for example, seems to be the rule and not the exception for every human society in all of history, with the last 150 years or so being the exception. The ancient Egyptians, Romans, Greeks,  the Arabs, the nobility of the Middle Ages, the Chinese, Indians, Incas, Aztecs, Africans and just about any other society that existed, coexisted with and actively took part in slavery. Even more galling, slavery was very often the better option for captured or conquered people. The alternative was death.

The idea that humanity is improving is one we should all take great pride in, but it seems ironic that the heirs of Jefferson, Washington and Adams are the ones shouting and screaming about how unjust their history was when they live in the freest society ever established on planet Earth. Believe it or not, there are still slaves and human trafficking rings operating right now, and it seems ungrateful and effete to complain about how imperfect the most egalitarian, liberal and open nation in the world has been.

For this reason, I think it was fantastic to see millions of Americans celebrating July the 4th with fireworks, parties, patriotic songs and pride. They didn’t care a damn that governors in California and New York had told them not to. Just like Jefferson told George III he was no longer in charge, the American people let their erstwhile overlords know the same – and so too the protestors who broke the rules and went out into the streets to decry police brutality. That is what free people do – and that is why the traffic is only ever one-way between America and all those ‘shithole nations’ (as President Trump calls them). Nobody… not even Sean Penn, Michael Moore, Spike Lee or Ilhan Omar is rushing for the next boat to Venezuela or Cuba. You couldn’t complain about the government or call your President an orange racist in Venezuela – you’d be killed.