Taken from “Gareth Cliff on Everything”, available in all good book stores. 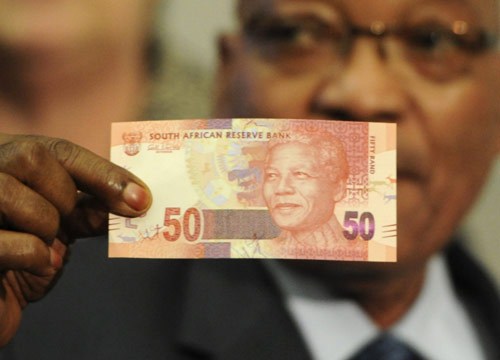 Who doesn’t want to be rich? The richest man in the world is a Mexican called Carlos Slim, who weighs in at a cool $75 billion. Here in South Africa we know about the Oppenheimers, Motsepes and Ruperts. South Africa has the worst Gini coefficient in the world. That doesn’t mean that rubbing our lamps produces the least number of genies; it means that the gap between rich and poor is bigger than anywhere else. Where does all the money come from, and where does it go? The last few years have seen the world held hostage by the recession, with bailouts being administered on a scale that is mind-boggling. There are zeros being added to the US deficit that they’re now making up new words to describe it. The Greeks, who have been eating feta cheese and sleeping on their pretty Mediterranean islands since Socrates was just a little boy, woke up this year to a nasty surprise. Greece owes the rest of Europe a lot of money, and mighty Germany had to agree to fork out billions to save all those Greeks from being repossessed. Why am I telling you all of this?

How do you know if you’re rich? As the budget comes up, and Pravin starts telling us how he wants to spend your RHAAANDS, don’t you wonder what you have to show for it? You work so hard, they never give you a bonus, and next year they tell you you’ll have to work even harder for less money. No matter how much you earn it never seems to be enough – it’s like a bottomless pit. The more we earn the more we need. Like the great philosopher Notorious B.I.G. once said, ‘Mo money, mo problems!’ It’s all very well being on the road to success, but life is filled with stress, anxiety, deadlines, traffic, bills, making ends meet, and making relationships work. Against the background of our own financial woes is jealousy, regret, anger, revenge and, on a bigger scale, corruption. Don’t you just feel powerless?

On Facebook (the real residence of wisdom) I asked: ‘What are the things in life that make you rich, but that money can’t buy?’ Here’s what people said:

Family – you love them.

Values – they guide you.

Choices – they shape your experiences

Friends – they are your companions through good and bad.

Time – time to listen to other people when they talk, time to watch the world.

Your brain – you can keep learning

Music – you can sing and dance (even if it is out of tune!)

The air, nature and the animals – but also not to own, just to witness.

Laughter – all the serious people give you something to laugh at.

Memories – nobody can give, buy or take those away.

Your body – to enjoy everything physical. It’s your vehicle.

Your story – it’s still unfolding, and you can write your own script.

If you made a list of what you have and what you don’t, which of your lists would be longer? If you ever think you’re not rich, think of all the things you have that money can’t buy.

If you think I’m getting all schmaltzy on you, here’s an old Cliff family motto: as long as you’re alive, you can always run, jump, fight, fuck, wheel a barrow or drive a truck.

So, how rich are you?