Blood from a stone

Amidst all the baying for blood (from a stone) and whinging about how painful the sight of Rhodes’ statue has been for the student community at UCT, the weak-willed and illiberal senate there have decided to tear down the edifice of the man who founded the university and replace it with nothing. I hope they feel better. We checked under the bed for a bogeyman and it turns out he’s dead.

But let’s move on:

In the wake of the Rhodes Must Fall campaign, Paul Kruger’s statue in Pretoria was defaced, a bronze army memorial in the Eastern Cape was ripped apart; a statue of King George V was doused with paint and mocked and a memorial in Uitenhage set ablaze by erstwhile members of the EFF. This is what we have come to – wanton vandalism and destruction. Well done UCT, you’ve led us to the promised land of ‘abominable’ statuary re-evaluation. What George V or a World War II army memorial have to do with colonialism or apartheid are not so obvious – other than the fact that they’re white people I suppose. Either way, I just feel that same sinking feeling I felt when I heard that the Taliban had dynamited the ancient Buddhas of Bamiyan in Afghanistan to dust. We really do lose much more than we could ever gain by destruction.

Just to make us all feel even more disappointed the Freedom Front Plus and some little-known Afrikaner group have demanded that Mandela’s statue at the Union Buildings must fall. ‘My history is more important than yours’ is the children’s game we now play with national monuments.

Further to this, it appears the Mandela-Rhodes Scholarship has been terminated. This is a great reward, and well done to the freedom fighters who made it happen. Now you won’t ever have to take your place in an International university or bring back the teachings of the great wide world to South Africa. Let us continue to be distracted by every possible object in our surroundings rather than pass our exams. There was a story last week about female students at the University of Venda signing a combined affidavit that the tokoloshe had impregnated a large group of them and so they were not able to write their exams, and of course definitely didn’t have sex with boys on the campus. Higher education? Well done Blade Nzimande. Professor Jonathan Jansen made a good point about how the people who so vehemently opposed the presence of the Rhodes statue represent anti-education factions. I agree with him. Despite all the squaring of circles made by those defending the Rhodes Must Fall campaign, and despite the word racist being thrown at everyone who disagreed with abject vandalism, history it seems, is not on their side.

Have a look at some of these victories over colonialism, it will surely make you feel that the future is in tolerant hands: 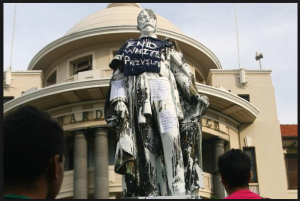 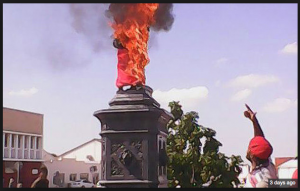 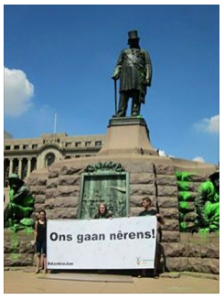 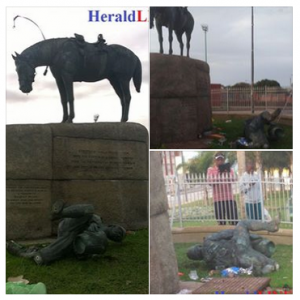