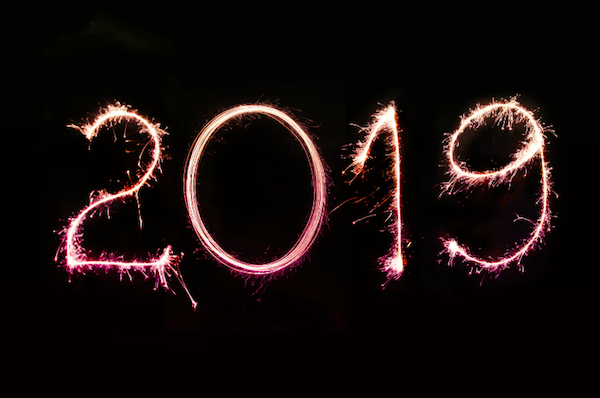 That’s how a good friend of mine and someone who is ahead of the curve on most things finished off an email to me in the last few days of 2018. GET weird? We’re living through changes that are taking place in ways and at speeds that would make a medieval man or woman think they were among aliens. I think even the most evolved person a hundred years ago would find it hard to reconcile the world we inhabit now with the one they knew in 1918. It isn’t going to get weird, it already is weird. But he may have a point.

I hate to start with the obvious, but Donald Trump – a reality-TV star – is President of the United States. This is hardly news, but things are looking pretty precarious for the Donald at 1600 Pennsylvania Avenue. People are being indicted, resigning and turning on him in bizarre ways and the extreme right are talking deep state while the extreme left are talking impeachment. If that’s how things are going at the top, the bottom is going to get bumpy.

Governments and politicians all over the world are taking strain – it has become harder than ever to broadcast propaganda and expect increasingly connected and smart populations to buy your messaging. It’s also harder to control people, to react quickly or make things happen for good or bad the way a government, advertising agency or great thinker might have a few decades ago. Even the big social media companies like Facebook are loathed and despised for using our information and allowing us to be grouped, spammed and sold as audiences. Nobody likes that.

This isn’t a bad thing. In fact it’s a great thing. It places more of the responsibility and motivation in your hands – not outside of your control. You can choose to pay attention to the things you care about, that you’re interested in, that make you happy. Alternatively, you can go with the social media flow and find yourself provoked, annoyed, distracted and your time wasted. There is so much information flowing past and through you that if you let it, it will sweep you away. Smart people know that much of it can be ignored. Most of it doesn’t directly impact on you. Decide now, at the start of a new year and the end of a decade what you grow in your garden.